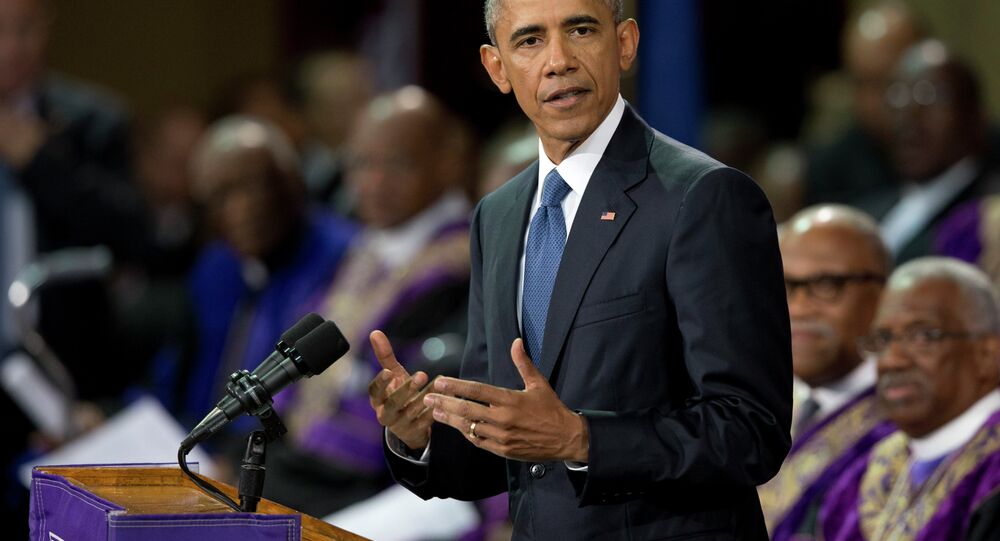 "I can tell you that on balance, the President would not be supportive of any congressional effort,” Earnest said when asked whether Obama would veto such a bill. “It's apparent that Republicans are just getting started in that effort, but that is an effort that we oppose."

As early as next week, the US Senate is expected to vote on the legislation that would prevent federal funds from going to Planned Parenthood and its subsidiaries, and redirect the funds to other hospitals and community health centers.

In 2013, Planned Parenthood received 45 percent of its funding from the US government through $540 million in grants, according to the organization’s 2012-2013 annual report.

© Sputnik / Igor Mikhalev
US Senators Introduce Bill to End Public Funding for Abortion
Earnest explained that the White House was aware of the Republican efforts to “try to play some politics with some selectively edited videos.”

Earlier on Thursday, the Center for Medical Progress released a fourth video showing Planned Parenthood officials discussing how to circumvent US law to sell organs of aborted babies.

According to US law, the sale or purchase of human fetal tissue and organs is a felony and is punishable by up to ten years in prison.