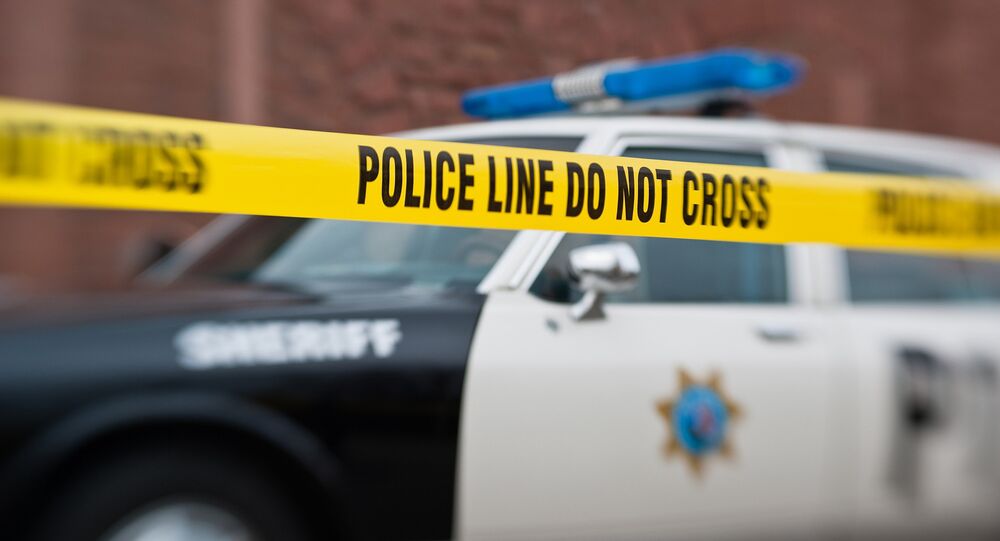 Two Florida local police agencies united in a undercover operation had been expected to arrest the leaders of US largest drug cartels, but instead they have helped criminals to launder millions of dollars, earning over $1.7 million of “dirty” money for themselves.

Policemen from Bal Harbour Village and Glades County in Florida have laundered as much as $71 million for criminal enterprises over three years of the sting operation, rewarding themselves with a grand fee of about 3 percent of the whole sum, according to Miami Herald.

YouTube/Deezil Greezil (screenshot)
Texas Cop's Attack on Teens Sign US Needs to Wake Up to Police Violence - Expert
They created a task force entitled Tri-County in 2010 to provide federal authorities with information about criminal groups across the country. Local policemen contributed to the program and confiscated over $30 million of laundered money, but at the same time returned more than $70 million to criminals’ bank accounts, media reports.

Cops under cover claimed they assisted other US agencies to arrest over 200 various criminals, but apparently failed to record suspects’ names. The Drug Enforcement Agency (DEA) representative said it’s impossible to “validate those numbers.”

The officers travelled across the US under fake names to make deals with drug cartels, and then laundered money in Miami-Dade, financing numerous storefront businesses. Officials have information about illegality of many of those businesses, but for some reason haven’t shut them down, according to inquiry.

Florida cops allegedly deposited millions in banks, including foreign ones, but never reported their actions to higher officials. According to the DEA, the cops sent over $6.9 million to Chinese and Panama accounts without documenting transactions.

During the sting operation, policemen lived a life of luxury. It was revealed that they took more than forty first class flights worth $116,000, spent $60,000 on luxurious hotels like the Bellagio in Las Vegas or the Rincon Beach Resort & Casino in Puerto Rico. They used to dine in the most expensive restaurants in the Miami region, spending approximately a thousand dollar at a time. The cops also tried their luck at gambling  and lost roughly ten thousand dollars in 2010.

© REUTERS / FABRIZIO BENSCH
Florida Cops Used Faulty Radars for Years, 10,000s of Tickets in Question
In addition to listed expenses, members of operation purchased a large number of electronics items, such as IPads and laptops, which combined cost $100,000.

Florida legislation allows policemen to launch sting operations in order to prevent money laundering activities, and cops can take fees from criminals just like ordinary launderers. But they are obliged to deliver the money as the evidence of crime in the end of operation.

The Justice Department’s Office of Inspector General concluded that the operation resulted in only few dismissals of officers. None of cops on duty faced any felonies. And finally, media reports that some high-profile authorities claimed the operation was successful.