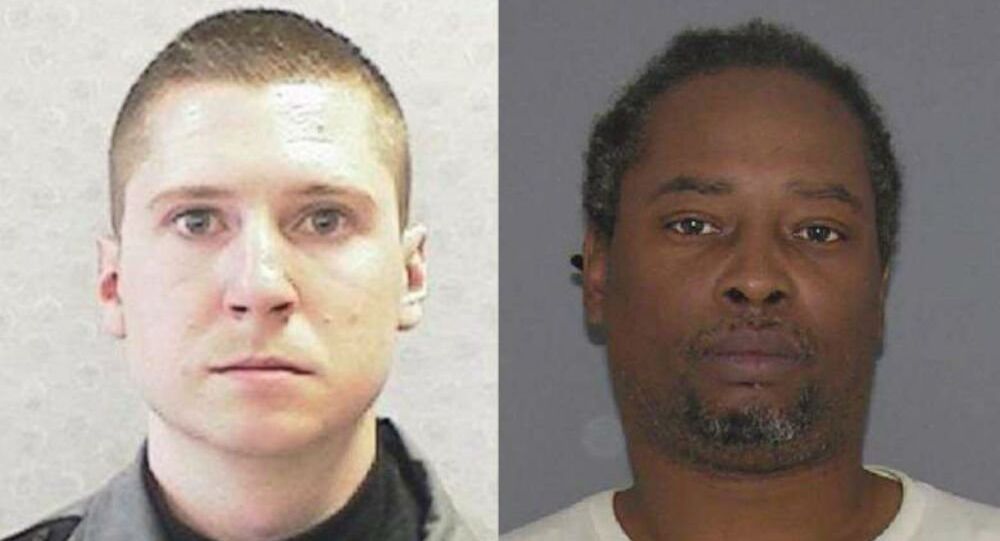 A University of Cincinnati officer who fatally shot an unarmed black man during a traffic stop earlier this month was charged with murder on Wednesday.

"This was the purposeful killing of another person," Hamilton County Prosecutor Joe Deters said at a news conference announcing the grand jury's decision to indict Officer Ray Tensing.

While Tensing claimed he had been dragged by the car before shooting, Deters said that the officer was not dragged. Rather, Tensing fell backwards after shooting Dubose in the head.

"This office has probably reviewed upwards of hundreds of police shootings, and this is the first time that we’ve thought this is without question a murder," Deters said.

"I'm treating him like a murderer," Deters said of Tensing, who was placed on administrative paid leave following the shooting.

Hours after the murder charge was announced and the body cam footage released, however, Tensing was fired from the department, CNN reported.

Dubose was stopped near the University of Cincinnati campus because his car did not have a front license plate, which Deters called a "chicken-crap stop."

"Could you imagine the outrage you would have if this was your kid, if this was your brother, over a stop like this?" Deters said. "And he didn't do anything violent towards the officer. He wasn't dragging him. And he pulled out his gun and intentionally shot him in the head."

The University of Cincinnati cancelled classes Wednesday out of "an abundance of caution" due to the expected announcement of the grand jury's decision and release of footage capturing the shooting. Many on social media have been warning of public unrest, despite the indictment.

An attorney for Dubose's family on Wednesday said his relatives did not want a violent or aggressive response to the news of the indictment.

"We want those reactions to be completely peaceful," Mark O'Mara said. "Sam was a peaceful person … We do not want any violence, any anger to come out in a way that denigrates who he was and who he wanted to be remembered as."

Dubose's mother said she prayed that the truth about her son's death would be revealed.

So far this year, more than 550 people have been shot and killed by US police, according to the Washington Post. Three officers have been charged in those shootings, and in at least two of those cases the shootings were captured on video.