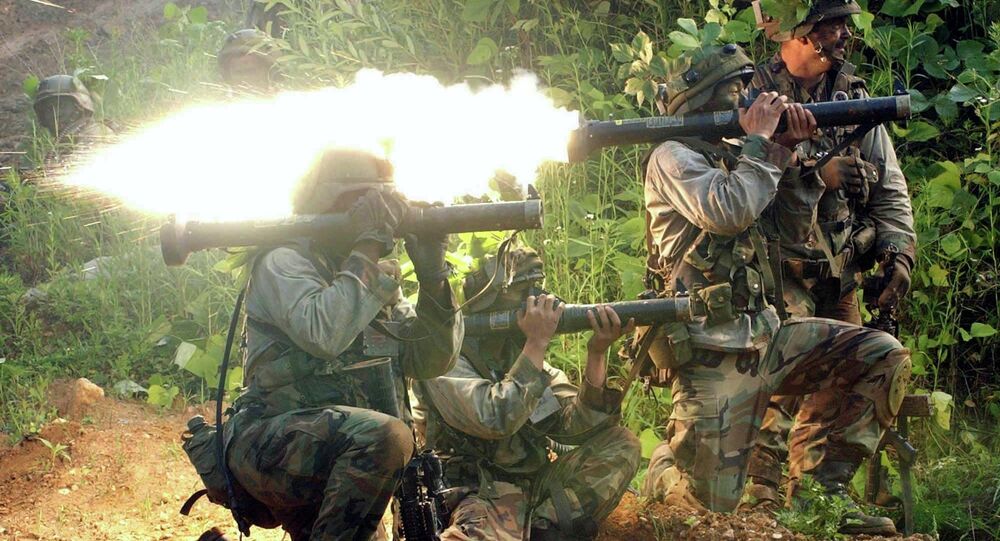 'Where to Invade Next': Michael Moore Unveils Film on US' Infinite War

Award-winning filmmaker Michael Moore has been secretly working on a new documentary titled "Where to Invade Next." Washington's endless engagement in a perpetual war cycle and pathological "need to have an enemy" are at the heart of Moore's latest project.

The film is scheduled to debut at the Toronto International Film Festival in September.

My crew this morning, watching Toronto Film Festival announcing WHERE TO INVADE NEXT had been picked. #NCAAforgeeks pic.twitter.com/w3asKZGaMw 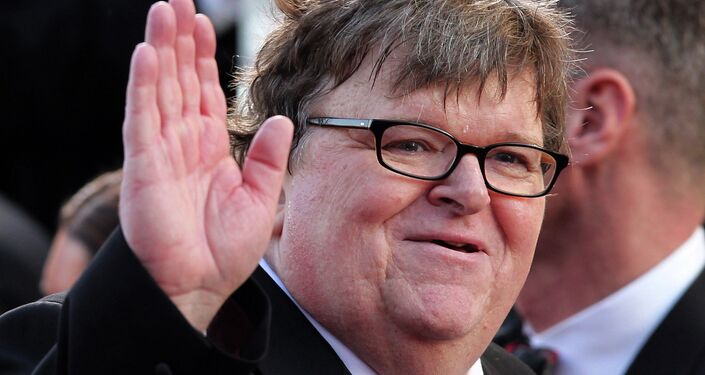 "I've been very quiet about the making of this film. You probably haven't seen much of me…. We've been very diligent about keeping this under cover," Moore said during a short Q&A, saying the film is "of epic nature."

In an age when almost any information leaks to social media in the blink of an eye, keeping a major project focusing on the US military under wraps is an achievement in itself.

The director of "Bowling for Columbine" (2002) and "Fahrenheit 9/11" (2004) has not provided many details on the new documentary but confirmed that the US' increasing belligerence is at the heart of the new project. It remains unclear whether the film will focus on the post-9/11 era or examine US foreign policy in general.

Here's the 6-min video from the Periscope I just did regarding my new film, WHERE TO INVADE NEXT. #W2IN #TIFF15 https://t.co/lKhLhTPUpn

"The issue of the United States at infinite war is something that has concerned me for quite some time and provides the necessary satire for this film," said Moore, a vocal critic of George W. Bush's war on terror. The acclaimed filmmaker added that there was no specific trigger that prompted him to make the documentary.

© AP Photo / Shakh Aivazov
US National Strategy: Washington Has Right to Invade Any 'Non-Ally'
The United States has an unhealthy but "constant need to have an enemy," which would help "to keep this whole military industrial complex alive and keep the companies that make a lot of money from this in business," the director lamented.

"I have always been a little bothered by that. That's where the comedy comes from," he added.

TIFF organizers described the film as Moore's "most provocative and hilarious." The filmmaker "tells the Pentagon to 'stand down' – he will do the invading for America from now on," they said.

Pentagon on the Warpath: Does Russia Indeed Pose a Threat to US?