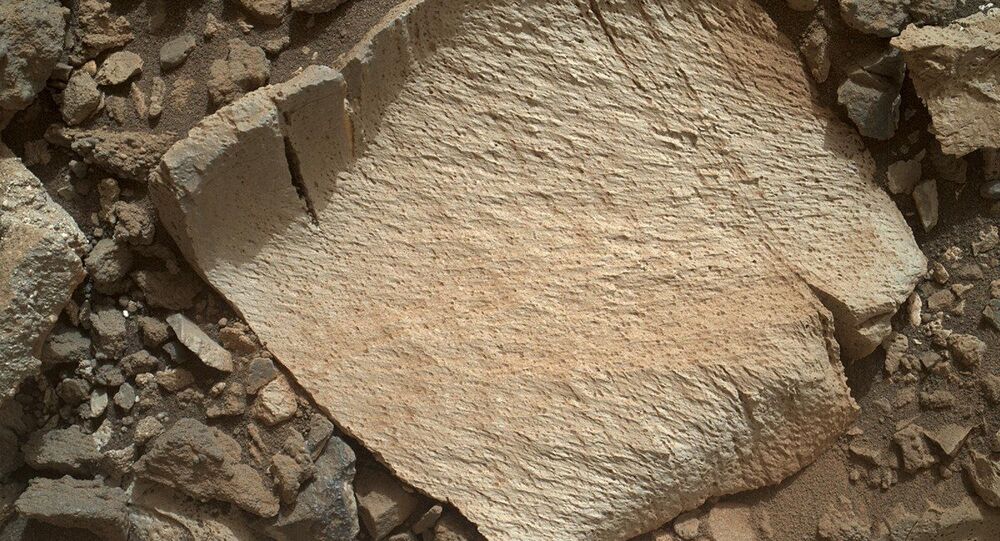 NASA's Mars rover Curiosity recently investigated a rock never seen before on the Red Planet, one that may be capable of preserving ancient carbon-containing organic molecules.

Measurements by Curiosity’s ChemCam laser – which acts like the one-ton rover’s eyes and ears – showed that a chunk of bedrock, dubbed “Elk,” contains high levels of silica and hydrogen, NASA officials said.

The abundance of silica – a silicon-oxygen compound commonly found on Earth in the form of quartz – suggests that the bedrock may provide conditions conducive to the preservation of the carbon-containing organic molecules, the officials added, according to space.com

So Curiosity's operators sent the rover back 151 feet to check out Elk.

"One never knows what to expect on Mars, but the Elk target was interesting enough to go back and investigate," ChemCam principal investigator Roger Wiens said in a statement.

"We found an outcrop named Missoula where the two rock types came together, but it was quite small and close to the ground," Curiosity project scientist Ashwin Vasavada said in the same statement. "We used the robotic arm to capture a dog's-eye view with the MAHLI [Mars Hand Lens Imager] camera, getting our nose right in there."

Curiosity has spent nearly three years exploring Mars' 96-mile-wide Gale Crater. The six-wheeled robot landed on Mars on August 5, 2012, on a mission to determine if Gale could ever have supported microbial life.

Early in the mission, scientists found that Gale Crater once harbored an extensive lake-and-stream system that was capable of supporting microbial life, if such organisms had ever evolved on Mars.