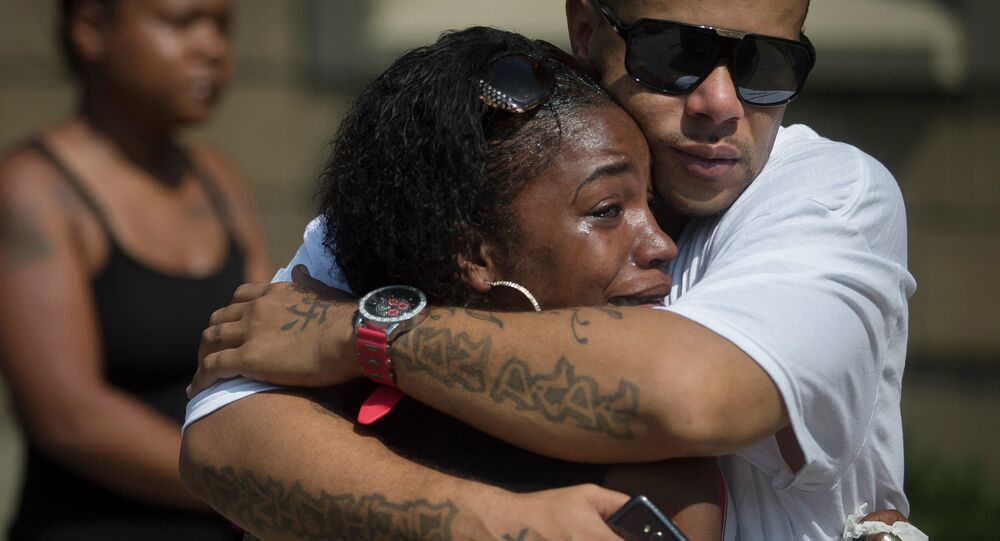 A routine traffic stop once again turned deadly in the US heartland, and this time, the police are scared: the dashcam footage is reportedly so gruesome that the city of Cincinnati is preparing for riots as well as the officer’s indictment.

© AP Photo / JIM WATSON
Baltimore Police Lacked Protective Gear, Training to Deal With Riots
Samuel Dubose, 43, was fatally shot in the head last week by Officer Ray Tensing of the University of Cincinnati’s police department.  It has been reported that Dubose’s face was “blown off” from the blast.  He was pronounced dead at the scene.

The officer claimed that Dubose did not produce his driver’s license and showed the officer a bottle of alcohol while refusing to leave his vehicle.  It is unclear what happened next, as the department has remained tight-lipped about the details.

In a 911 call, Tensing reported that he was “almost run over” by Dubose, but in the officer’s incident report he claimed he was “dragged” by the vehicle.

The officer involved was wearing a body camera, but the city is not in any rush to release it, and for once they appear to know that the killing was unjustified.

"The video is not good," Chief Jeffrey Blackwell told WCPO. "I think the city manager has said that also publicly. I'll leave it there."

In a statement to press, City Manager Harry Black openly admitted that the man did not deserve to die.

"It's not a good situation," Black said. "It's a tragic situation, someone has died that did not necessarily need to die."

Since his death, hundreds have protested along with Dubose’s family demanding the release of the body camera footage. There was also a massive turnout of supporters at his funeral, which took place on Tuesday.

At the funeral, Dubose was described as sweet, kind, gentle, and a good man.  He was further described as a jokester who always wanted to make people smile.  He also had nearly 20 children.

A childhood friend, Dana, also told the Guardian that “There’s no excuse for what they did, everyone who knew him, loved him.”

In what activists are calling a smear campaign, the mainstream US media has pointed out that Dubose had racked up over 70 charges against him, though none of them were violent.

“He was kind of a linchpin for a lot of people in this community,” Solomon Oyeyemi, a longtime friend, told the Guardian.

The case is currently being presented to a grand jury and a decision is expected to be made this week.