A family of treasure hunters has recovered the gold from an eighteenth century ship which sank off the Florida coast carrying more than 3.5 million pesos in priceless treasure, including jewels belonging to the Queen of Spain. 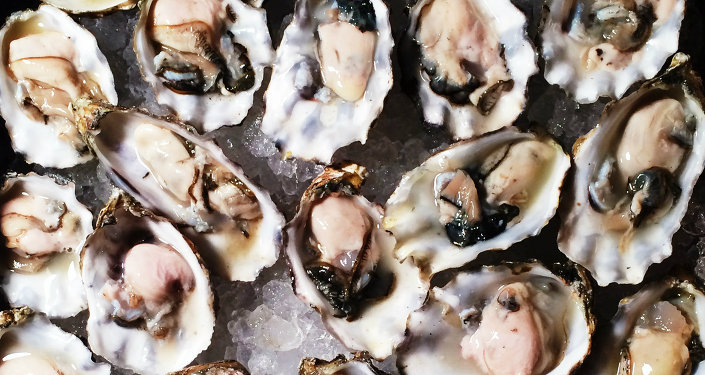 © Flickr / Jessica Dillree
Hold The Oysters: Deadly Flesh Eating Bacteria Appears in Florida Waters
Treasure hunters in Florida have revealed that they have recovered $1 million in gold Spanish coins and jewels from an eighteenth century Spanish shipwreck off the Florida coast.

"They’ve been beside themselves," said Brent Brisben, who explained that though their latest haul is their most significant find, the Schmitts are prolific treasure hunters, and make yearly treasure hunting trips to the shipwreck of the 1715 fleet where the treasure was found.

In September 2013 the family found pieces of gold chain measuring around 18 meters [60 feet], and in 2014 they found a gold filigree pyx, a container used to carry the Eucharist during Christian communion.

The picture speaks for itself! One of the most amazing recoveries in 1715 Fleet History. Congratulations to the entire…

The haul recovered last month comprises 51 gold coins and 12 meters [40 feet] of ornate gold chain. The most prized artefact is a coin made for Philip V of Spain, called a 'Tricentennial Royal, dated 1715.' The rare coin, only six of which are known to exist, is estimated by '1715 Fleet' to be worth around half a million dollars.

The spoils will be split between the state of Florida, which will take possession of up to 20 percent of the treasure for display in state museums. The rest will be shared between the '1715 Fleet' treasure hunting firm, and the Schmitts.

It has been just over a year that we made one of our most memorable finds on the 1715 Fleet (left). We're so excited to…

The gold filigree pyx was found by the Schmitts in 2014.

The discovery marks the 300th anniversary of the Spanish fleet's shipwreck in the Atlantic Ocean, when it was sailing en route from Havana to Spain in 1715. After sailing into the path of a hurricane, the fleet's 11 ships sank and around 1,000 crew died.

Brisben explained that his teams of treasure hunters have identified six of the 11 ships, and estimated that the five more remaining ships are carrying another $400 million worth of treasure, waiting to be discovered.