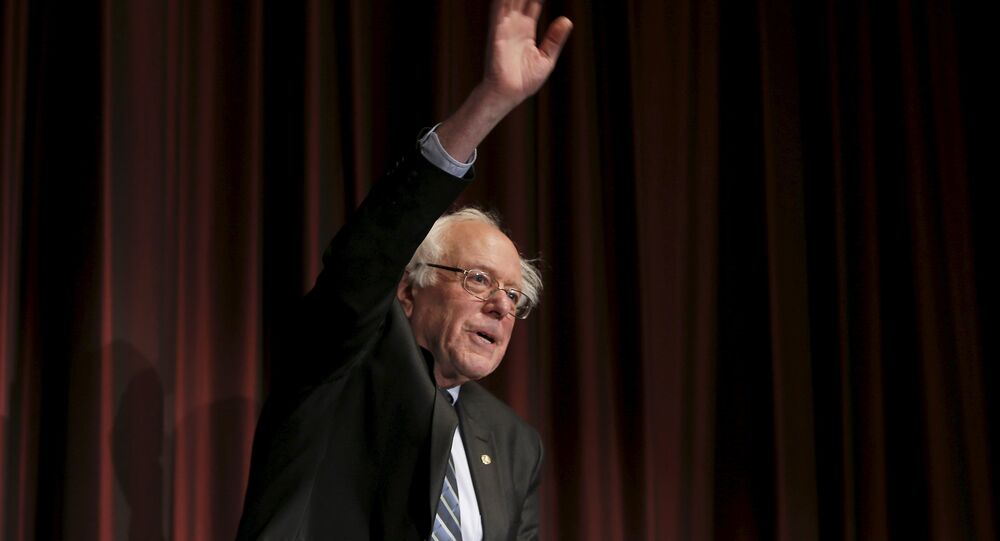 A new Gallup survey released Friday shows that Vermont Senator and 2016 presidential US hopeful Bernie Sanders’ favorability rating has doubled, while rival Hillary Clinton received the worst favorability score she has seen since 2007, with 47% of respondents saying they hold a negative opinion of the former Secretary of State.

Since March, favorability for Sanders has jumped from only 12% to 24%, as Clinton’s negativity rating jumped higher than her favorability rating of 43%.

Gallup noted that, as people learn more about Sanders and his name recognition rises, so does his favorability.  Currently, only 44% of respondents were able to rate him, compared to 89% of those polled who knew enough about Clinton to rate her.  This is sure to change as Sanders continues to shatter attendance records with his campaign stops.

Though, while Clinton’s "national image has taken a slight turn for the worse, which is also evident in her image among Democrats," she continues to be the "only Democratic candidate for president with a national name" and is standing "head and shoulders above her next closest competitor—Sanders—in popularity for the presidential nomination,” Gallup’s Lydia Saad commented.

Clinton is currently viewed more favorably by older generations of Democrats and Democratic leaners than by younger adults, the poll determined.  She also does better among nonwhites, though she received equally high ratings from both men and women.

“Sanders' Democratic favorable scores significantly trail Clinton's in all subgroup categories, but he comes the closest to her among whites, men, young adults and liberals,” Gallup determined. “The gap between the two candidates is also closer in the East, where Sanders lives, than in the rest of the country. But he does especially poorly among nonwhites and conservative Democrats, trailing Clinton by more than 50 points in each group.”

The poll also found Sanders to be the only Democratic candidate who polled higher favorability than unfavorability.

Bernie Sanders Rises in the Polls, Gains Support From a One-Percenter