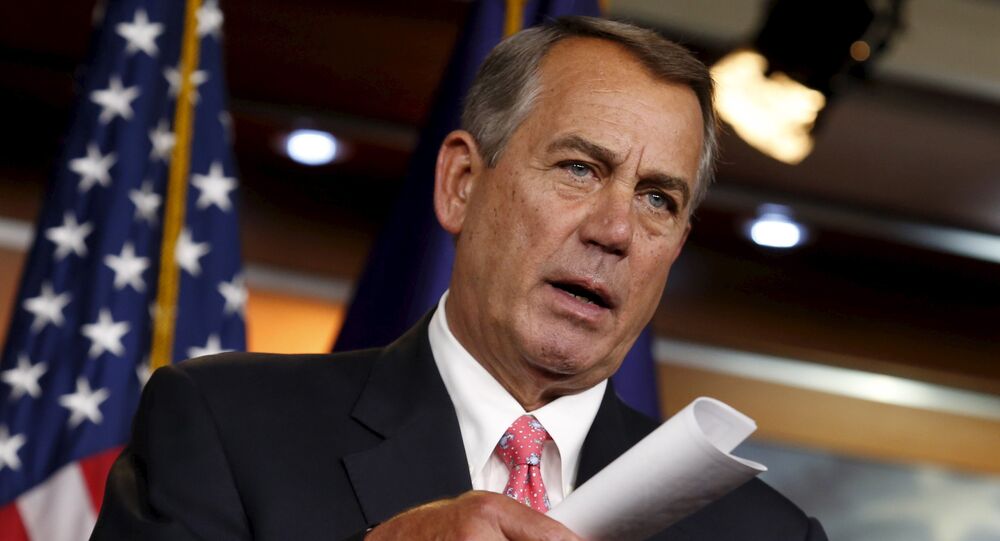 US House of Representatives Speaker John Boehner thinks that Hillary Clinton put US foreign policy at risk, as she used her personal e-mail address for official business during her tenure as Secretary of State.

“What these reports demonstrate is the inherent risk of conducting our nation’s diplomacy and foreign policy on your home e-mail and personal server,” Boehner said.

In March 2015, Hillary Clinton and her team were accused of lacking transparency after The New York Times revealed she had used a personal e-mail address for official business during her tenure as Secretary of State.

© REUTERS / Brendan McDermid
Hillary Clinton Claims E-Mail Scandal ‘Blown Up With No Basis’
Following a review of some 55,000 pages of Clinton’s e-mails, the State Department and intelligence agencies found that at least one of the released e-mails contained classified information and a number of others were upgraded to "classified status," The New York Times reported, citing inspectors handling the case.

Boehner noted Clinton had claimed she was well-aware of what issues were classified and what were not, but she nevertheless set up a personal e-mail server to discuss matters of national security.

Clinton proceeded to use personal e-mail server for official business, Boehner observed, "despite guidance to the contrary from the State Department and the White House."

Clinton's poor judgement has undermined US national security and it is time that she finally does the right thing, Boehner concluded.