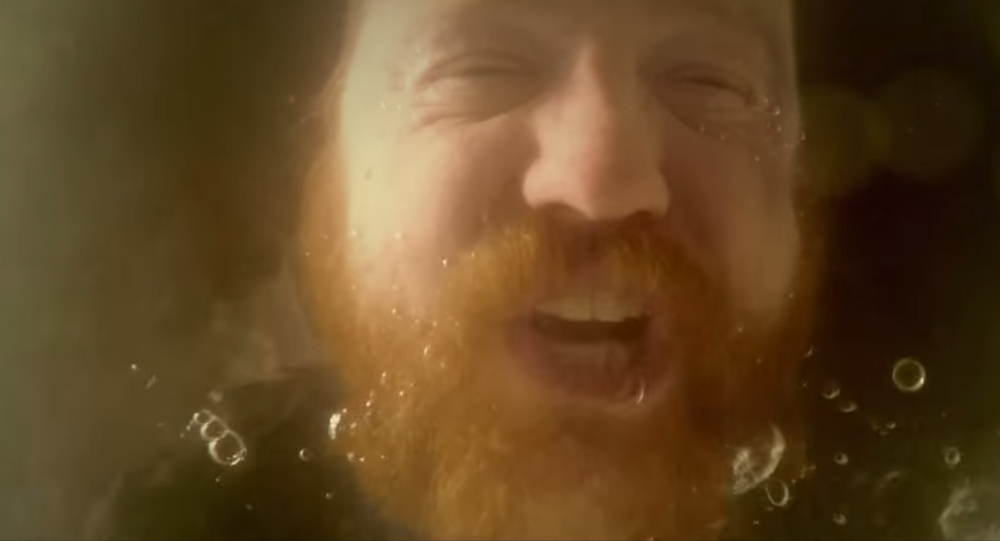 Outspoken political activist and avant garde hip-hop artist Sole, together with DJ Pain 1, gives Sputnik readers a first look at his visually stunning new video that tells the story of a CIA black site as seen through the eyes of a detainee.

“The video takes place in a black site detention center that could be found in Yemen, Guantanamo or even Chicago. This work is not an Orwellian warning of days to come, rather a dramatic representation / video collage of what already exists, as told through fragmented visions of a detainee,” Sole wrote of his new music video, entitled “Coal.”

“I strive to put forth a kind of politics that are common sense and intrinsic to the human spirit. Some people call that anarchism,” the artist told Sputnik.

“I am against bosses, cops, unjust authority, capitalism, etc. I am for a world of free association, a world evolved beyond electoral politics and systems of control.  A world where there is more to do than stare at a screen,” he said.

Much of the footage in the new video was shot with a drone, Sole said, adding that “being around a real live quadcopter drone was f*cked up. The future is here; five years from now that mothaf*cka is gonna be delivering me a pizza.”

Sole has been on the scene since 1998 when he founded Anticon Records, the first collectively owned indie hip-hop label in the US. He sees his music, which touches on subjects that many other artists deliberately avoid, almost as a kind of journalism.

“I think my fanbase has certainly changed” since that time, he said. “Every time I post something against the USA or white supremacy, I lose a few fans that are only there for the music.”

But, “every time I make music about some things that are happening that resonates with people it grows… For instance, songs like ‘f*ck google’ or ‘f*ck alex jones’ or ‘don’t riot’ or ‘hey liberals’ really say some sh*t that few other rappers are saying, so it becomes a kind of journalism, or an essay piece that can break through to people who aren’t sifting through these really complex issues,” Sole told Sputnik.

“Or it just pisses off a bunch of idiots,” he laughed.

Though he didn’t write the concept for the video, Sole was instrumental in the development of the idea. Director Chris Acosta intended to create a sort of martyr character for Sole to play, but he decided it would make more sense for him to be just one of many being tortured and detained.

“This isn’t a paranoid FEMA-camp vision of the future. These black site detention centers really exist, sh*t like this is actually happening. It’s not just the backdrop for a white rapper’s video. A lot of the experiences in this video are very similar to forced labor conditions in prisons, or migrant detention facilities.”

“Our society runs on blood that is kept out of sight and out of mind,” he added.

Sole hosts a podcast, the Solecast, and is appearing on the #Def2Amerikkka tour in cities across the US this summer.