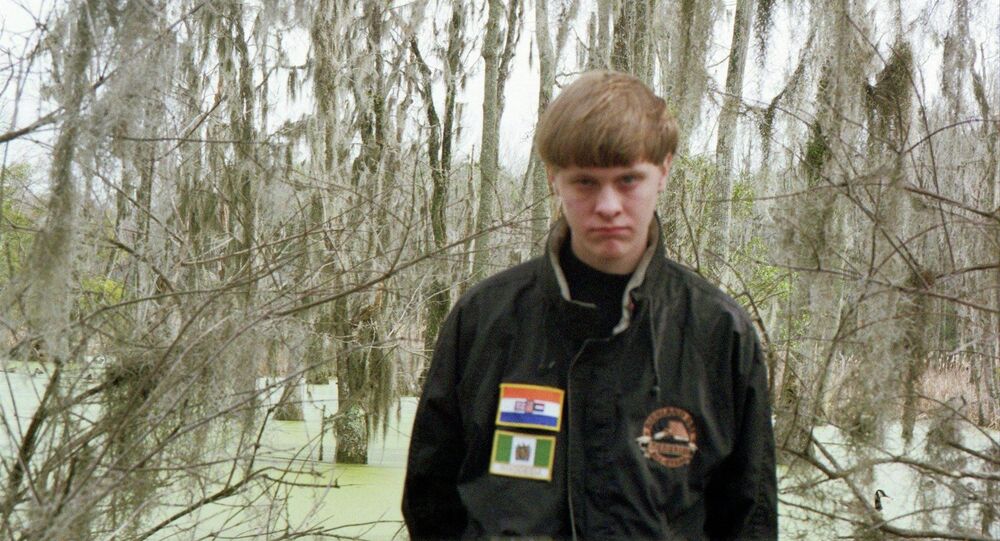 Gunman Dylann Roof accused of killing nine people at a historically African-American church in Charleston, South Carolina has been indicted on federal hate crime as well as others, US Attorney General Loretta Lynch said during a news conference on Wednesday.

WASHINGTON (Sputnik) — Following the fatal shooting of the nine African-American churchgoers, South Carolina Governor Nikki Haley called for Roof to face the death penalty, while the incident also sparked a national debate around the removal of the Confederate flag, symbolic of America’s slave owning past, prompting the state to remove the flag from its Capitol grounds shortly afterwards.

"A federal grand jury in South Carolina has returned a 33 count indictment against Dylann Storm Roof, charging him with federal hate crimes and firearms charges for killing and attempting to kill African-American parishioners at the Emanuel Methodist Episcopal church in South Carolina because of their race and in order to interfere with their exercise of their religion."

The US attorney general continued that Roof could be eligible for life imprisonment or the death penalty, but added that a decision has yet to be made.

“No decision has been made on whether to seek the death penalty in this case. The department will follow our usual rigorous protocol to thoroughly consider all factual and legal issues relevant to that decision.”

Lynch explained that the nine murder and three attempted murder charges brought by South Carolina fall under at least two federal hate crime statutes, as well as the multiple counts of using a firearm during these racially motivated murders.

“To carry out these twin goals of fanning racial flames and exacting revenge, Roof further decided to seek out and murder African-Americans because of their race,” Lynch said. “An essential element of his plan, however, was to find his victims inside of a church, specifically an African-American church, to ensure the greatest notoriety and attention to his actions.”

Since South Carolina does not have any hate crime statutes, Lynch explained that the state charges would not include the racial component of the crime.

US Strategy on Domestic Extremists Biased Against Muslims - Experts

Pentagon Triples Spending on Special Forces to $9.8Bln Since 2001