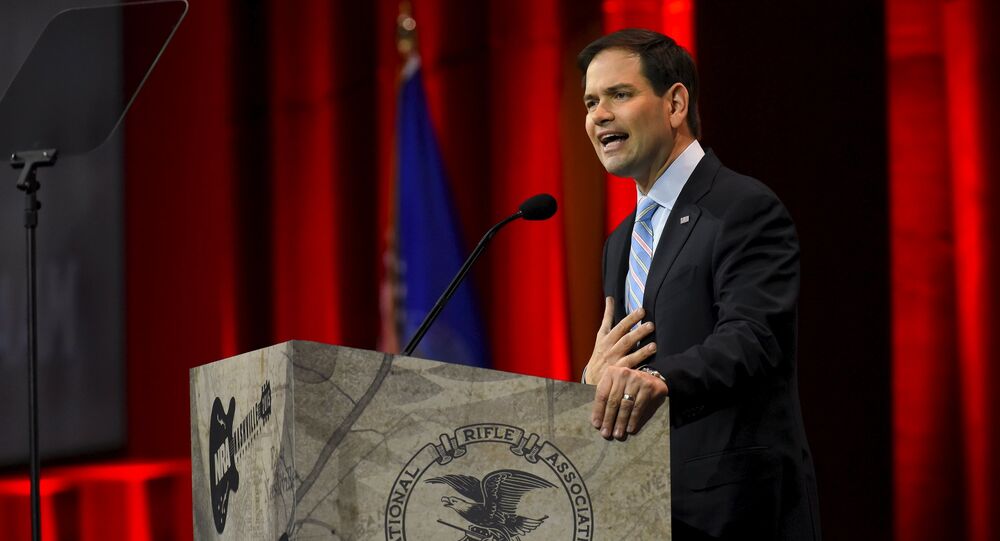 Democrats in the US Congress will face a moment of truth when they are called upon to vote on the Iran nuclear agreement, Republican presidential candidate and Senator Marco Rubio said in a statement.

WASHINGTON (Sputnik) — On July 14, 2015, Iran and the P5+1 group of countries, comprised of the United States, Russia, China, France and the United Kingdom plus Germany, reached a final agreement that guarantees the peaceful nature of Tehran’s nuclear program in exchange for the lifting of international sanctions.

“Senate Democrats face a stark choice when this deal comes before Congress for a vote in September,” Rubio said on Tuesday.

“They can either stand with President Obama and allow this flawed ‎agreement to go through, or they can stand with a majority of the American people, our friend Israel and our moderate Arab allies in the region.”

Rubio, as well as other Republican presidential candidates lagging in the polls are zeroing in on the controversial agreement with Iran, seeking to draw more financial and popular support from the American Jewish community and Evangelical Christian right.

“It will be left to the next president to quickly re-impose nuclear sanctions on Iran and to place additional sanctions on Iran’s leaders because of their ongoing support for terrorism and their human rights abuses.”

As his poll numbers have slumped, Rubio has placed a greater emphasis on national security issues such as the Iran nuclear deal in his public statements.