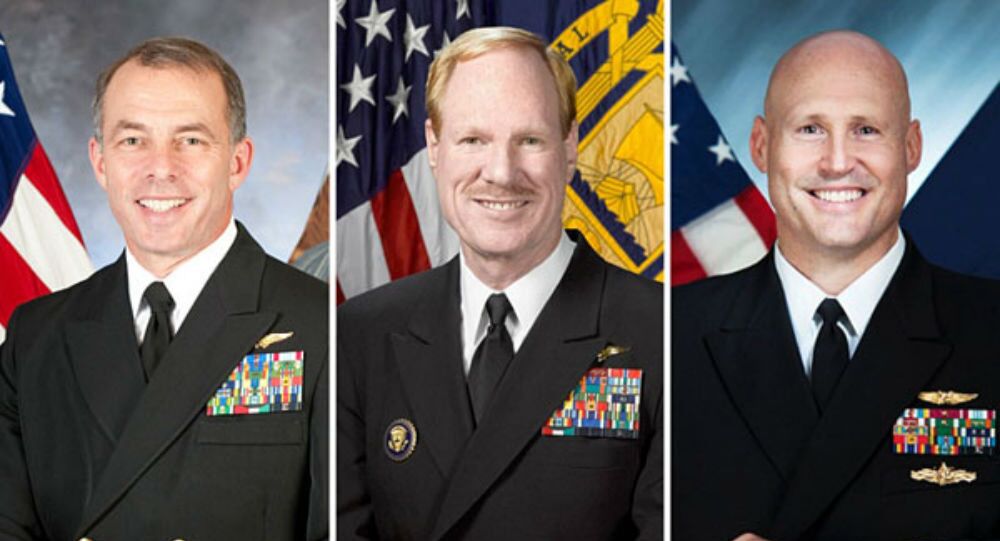 The US Navy censured three admirals in connection with a bribery scandal involving a Singapore company that held more than $200 million in contracts to clean and supply ships.

Admirals Michael Miller and Terry Kraft were allowed to retire as admirals, while Admiral David Pimpo retired at the demoted rank of captain, according to a Navy document dated July 17 that was obtained by Reuters.

The forced retirements are the result of the investigation into Glenn Defense Marine Asia (GDMA) and its owner, Leonard Glenn Francis.

The businessman and two of his GDMA employees have pleaded guilty, as have four US Navy officers. The three admirals have not been criminally charged in the case.

Francis provided cash, electronics, travel and accommodations, and prostitutes to US Navy personnel. In exchange, he received Navy contracts, information on ship movements, and classified materials, according to court documents obtained by Reuters.

Miller, Kraft and Pimpo were assigned leadership positions to the aircraft carrier Ronald Reagan in the western Pacific and Persian Gulf when the inappropriate behavior occurred in 2006 and 2007.

According to the censure letter, Pimpo solicited luxury travel from Francis. He also paid only $50 each for two dinners at Singapore restaurants, even though the dinners should have cost almost $770 each.

Miller attended some of the 2007 dinner parties and then recommended GDMA as a "superior contractor to its competitors" just days later.

Kraft also attended dinner parties and afterward said in a report that GDMA "is the best in the world and is unrivaled in the delivery of customer service."