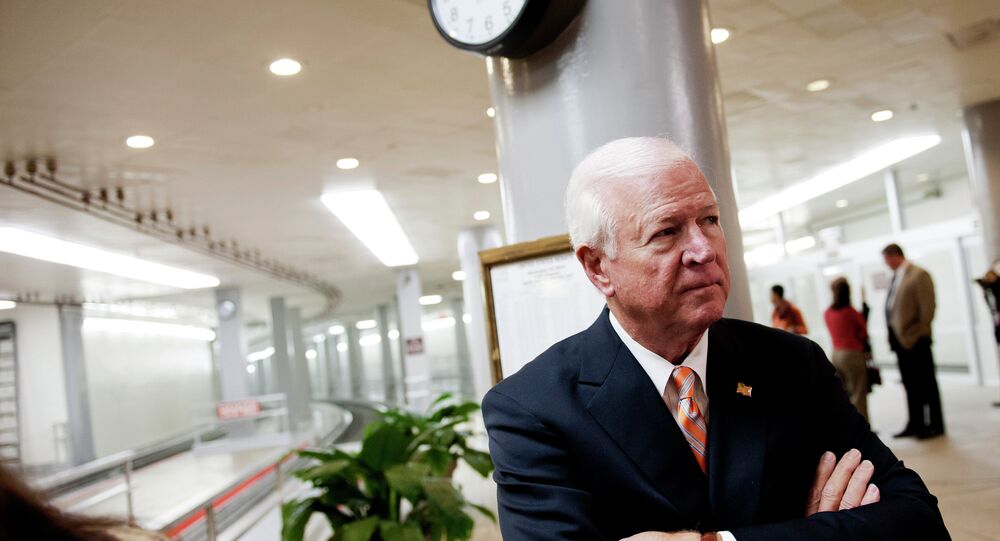 During an event at the University of Georgia, the former senator was asked a question regarding the Office of Personnel Management hack, which affected most of the federal workforce. Chambliss veered off the subject, however, to direct some intense vitriol at the former NSA contractor.

“This is real and the worst part of it — not unlike the Snowden incident, which I hope none of you have sympathy for him because we need to hang him on the courthouse square as soon as we get our hands on him — but just like we’re gonna lose American lives as a result of this breach,” Chambliss stated nonchalantly.

Chambliss retired earlier this year after serving two terms in the US Senate. Previously he served in the US House of Representatives, where he was on the House of Representatives Permanent Select Committee on Intelligence and chaired the House Intelligence Subcommittee on Terrorism and Homeland Security.  He was also a major campaigner for the NSA.

“What I've been assured of is that there is no capability at NSA for anyone without a court order to listen to any telephone conversation or to monitor any email. As a matter of fact, we don't monitor email, that's what kind of assures me that what the reporting is, is not correct. Because no emails are monitored now. They used to be. But that stopped two or three years ago. So I feel confident that there may have been some abuse, but if there was it was pure accidental,” Chambliss lied through his teeth to interviewer George Stephanopolous on This Week, in 2013 following the Snowden revelations.

This would not be the last time between then and now that Chambliss would slam Snowden.

“This guy has done more damage to the intelligence community of the United States than all other spy cases combined, in my opinion,” the Georgia Republican said on MSNBC two days later. “It has been extremely detrimental.”

Snowden exposed NSA spying and illegal data collection and now currently resides in Moscow where he was granted asylum.