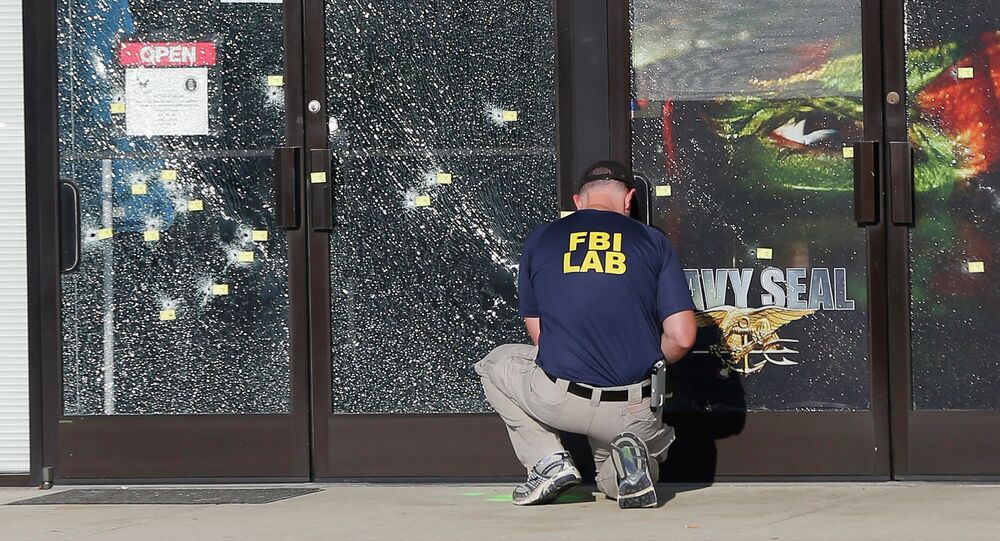 The family of the shooter at two military facilities in the southeast US state of Tennessee said that the gunman had suffered from depression.

MOSCOW (Sputnik) – The family of the shooter at two military facilities in the southeast US state of Tennessee said in a statement, distributed to local media, the gunman suffered from depression.

Mohammad Youssef Abdulazeez, 24, was shot dead on Thursday after killing four marines at the US Naval Reserve Center and opening fire at a military recruiting office nearby. A fifth serviceman died from his wounds early Saturday.

“For many years, our son suffered from depression,” Abdulazeez’s family said in the statement, as quoted by the Wall Street Journal on Saturday. “It grieves us beyond belief to know that his pain found its expression in this heinous act of violence.”

The family extended their “deepest sympathies and condolences” to the families and loved ones of Abdulazeez’s victims.

“There are no words to describe our shock, horror and grief. The person who committed this horrible crime was not the son we knew and loved,” the family statement added.

Previously disclosed details indicated Abdulazeez was arrested for drunk driving on April 20 and faced a July 30 court date on charges of driving under the influence. Officers who pulled him over reported smelling alcohol and marijuana on his person.

The Federal Bureau of Investigation (FBI) and other local and state law enforcement officials are investigating the attack as an act of domestic terrorism. It is yet to be determined whether the gunman acted alone, or was inspired or directed.

Authorities are also looking into Abdulazeez’s recent trips to the Middle East in 2014, and his potential ties with the Islamic State jihadist group or other terrorist organizations.