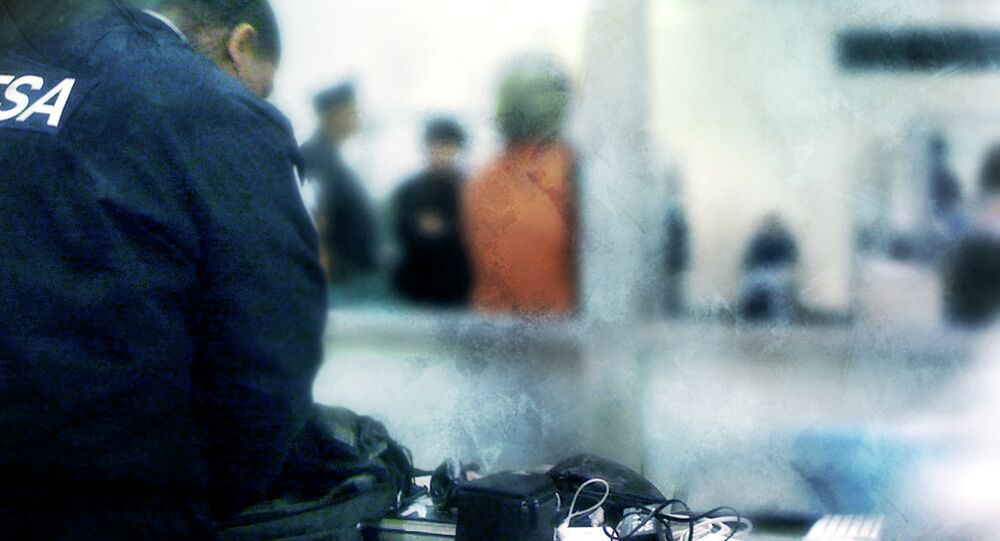 TSA Sued Over Lack of Regulations for Body Image Scanners

The Rutherford Institute, The Competitive Enterprise Institute and the National Center for Transgender Equality are complaining that “Whole Body Imagers,” the body scanners that passengers must go through at security checkpoints to board a plane. They were first implemented in 2007 in an attempt to increase security in post 9/11 but have come under heavy criticism for giving what critics call a revealing and intimate look at passengers’ bodies.

© Flickr / Crashworks
Bombing the Test: TSA Fails to Spot Smuggled Weapons, Explosives 95% of the Time
The lawsuit argues that the TSA did not notify the public of its decision to deploy the scanners or ask for public comments which they say constitutes a violation of federal law. They also argue that the TSA has refused to provide a “rule book” which would detail their policy.

"There is no regulation controlling the use of body scanners right now," the Competitive Enterprise Institute's Marc Scribner said. "TSA has been using scanners the last seven years but that entire span of time they've been operating without a [ny] regulation."

John W. Whitehead, president of The Rutherford Institute, alleges that the scanners are the result of corruption.

© AP Photo / Haraz N. Ghanbari
Poll Shows 5% US Respondents 'Very Confident' in TSA Anti-Terror Work
"We are the unwitting victims of a system so corrupt that those who stand up for the rule of law and aspire to transparency in government are in the minority," said Whitehead, author of Battlefield America: The War on the American People. "This corruption is so vast it spans all branches of government, from the power-hungry agencies under the executive branch and the corporate puppets within the legislative branch to a judiciary that is, more often that not, elitist and biased towards government entities and corporations. The whole body imaging scanners are a perfect example of this collusion between corporate lobbyists and government officials."

Only last month, the TSA was found to have grossly failed in an internal audit of how effective their system is in stopping passengers who may be carrying dangerous items.

Homeland Security Secretary Jeh Johnson has since ordered the agency to adopt an improvement plan that will require a greater security crackdown likely leading to even longer wait times for travelers.