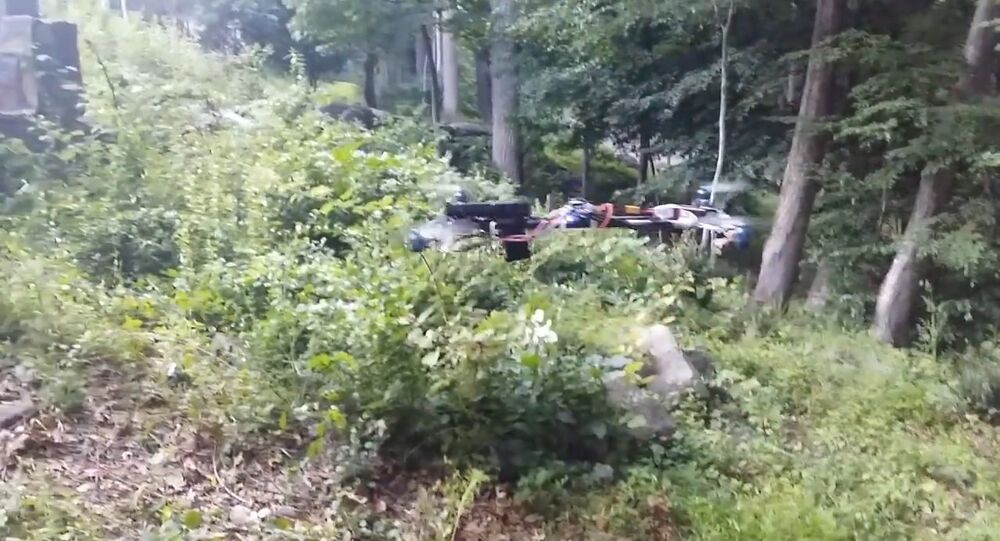 An 18-year-old student at the Central Connecticut State University and his father have built a home-made drone, equipped with a semi-automatic handgun possibly in violation of US law.

MOSCOW (Sputnik) – An 18-year-old student at the Central Connecticut State University and his father have built a home-made drone, equipped with a semi-automatic handgun, posting a YouTube video showing the device in action, possibly in violation of US law, NBC TV reports.

"The FAA [Federal Aviation Administration] will investigate the operation of an unmanned aircraft system in a Connecticut park to determine if any Federal Aviation Regulations were violated. The FAA will also work with its law enforcement partners to determine if there were any violations of criminal statutes," FAA spokesperson Jim Peters said as quoted by NBC on Friday.

Police in Clinton, Connecticut were alerted of the YouTube video with the gun-firing drone earlier this week, according to NBC. The video was shot by Brett Haughwout and his son Austin on their property in Clinton. Austin, who is an engineering student, custom built the drone. The gun that it uses belongs to Brett.

NBC quoted local police as saying that the idea of a "flying gun" that can be discharged remotely is "alarming" although the drone most likely does not violate any state law.

Unregulated commercial and private drone flights have resulted in a number of close calls near US airports and other facilities, raising safety and security concerns. Privacy and civil liberties groups have warned that drones could be used to infringe on citizens’ rights.

In February, the FAA unveiled its proposed regulations on the use of small unmanned aerial vehicles. The guidelines would limit drones to fly only in daylight and within the operator’s visual line of sight, while following new height and operational restrictions such as not flying near airports.

The FAA proposal is now open to a period of public comments. Congress has given the FAA until September 2015 to finalize the new rules.

Drone Captures Muslims' Celebration of the End of Ramadan in Moscow