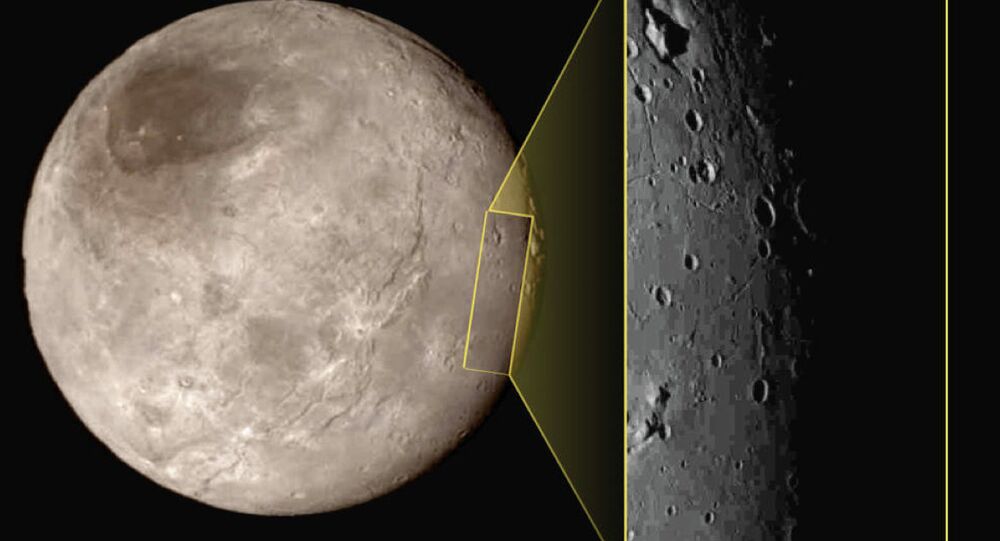 NASA revealed new up-close photos from Pluto and its moons Friday – giving the world its first glimpse at images captured earlier this week during the New Horizons spacecraft's historic flyby of the dwarf planet.

New Horizons flew within 7,800 miles of Pluto's surface Tuesday morning, gathering vast amounts of data about the dwarf planet and its five moons

The series of new photos include views of icy plains on the Pluto’s surface, the first close view of the dwarf planet’s moon Nix, and data on its atmosphere, which is escaping into space at a rate of 500 tons per hour, Space.com reported.

New Horizons is in the midst of its nine-day-long "encounter mode" of operations, which will last through Thursday.

The spacecraft, which was launched in 2006 to study Pluto, will take a total of 16 months to send its ten years’ worth of data back to Earth. But the few photos received so far – none of which were taken at closest approach – have surprised and amazed scientists.

© AP Photo / NASA/JHUAPL/SWRI
This image from NASA's New Horizons spacecraft shows a new, close-up view of the heart-shaped feature on the surface of Pluto that reveals a vast, craterless plain.

"Today, we get the first sampling of the scientific treasure collected during those critical moments, and I can tell you it dramatically surpasses those high expectations," NASA Science Mission Directorate Associate Administrator John Grunsfeld said on Wednesday.

Up until Tuesday, Pluto was the only planet in the solar system yet to receive a spacecraft visit.