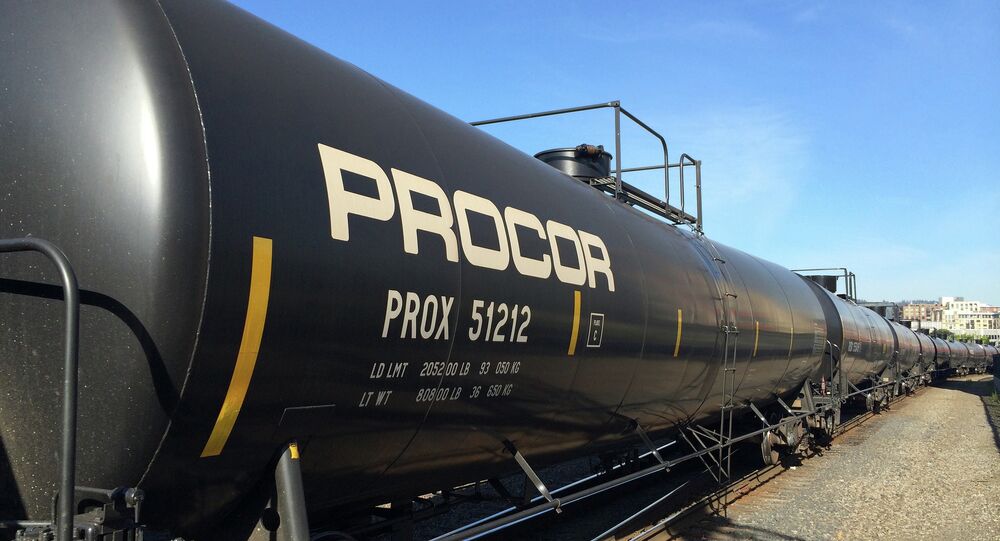 US hazardous materials experts are investigating the train crash that spilled 35,000 gallons of crude oil.

WASHINGTON (Sputnik) — US hazardous materials (HAZMAT) experts are investigating the train crash that spilled 35,000 gallons of crude oil near Culbertson, Montana, Department of Transportation spokesperson Artealia Gilliard said in a statement on Friday.

“Thursday evening a BNSF train transporting crude oil derailed near Culbertson, Montana,” the statement said. “Local first responders are on site, and investigators from the US Department of Transportation Federal Railroad Administration and Pipeline and Hazardous Materials Safety Administration are on the scene.”

© AP Photo / Gerald Herbert
BP Pays US Record Settlement for Deepwater Horizon Spill
The train had 106 cars, each with a total oil carrying capacity of 30,000 gallons so that it could have been a carrying up to 3,180,000 gallons of crude oil from North Dakota, the Transportation Department said.

So far, US officials have not offered any explanation as to what caused the derailment.

The crash came almost two months comes after a pipeline leaked 21,000 gallons of crude oil from Refugio State Beach, California into the Pacific Ocean on May 19.

The crashes caused public concern and renewed a debate about the safety of US oil rail traffic, and numerous elected officials have called for action to be taken.