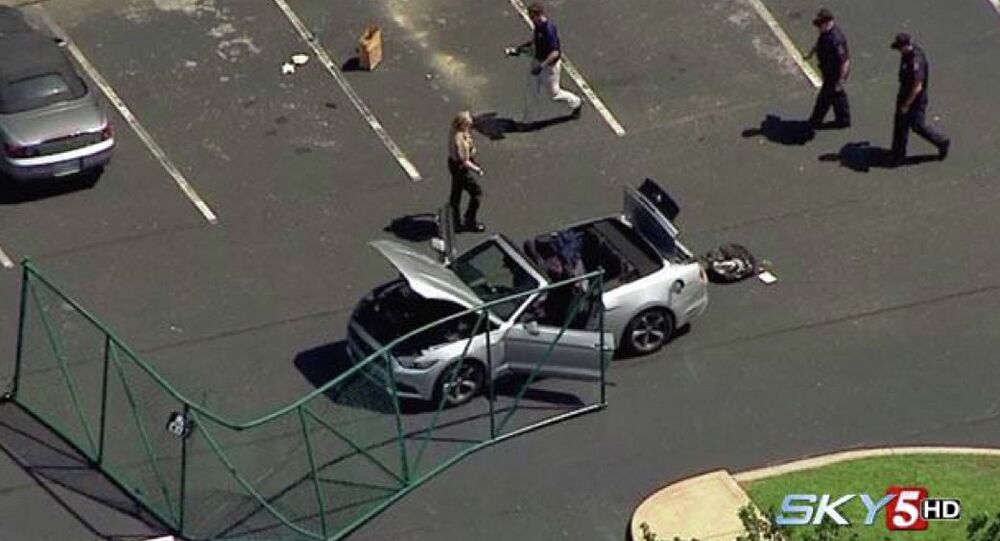 A shooter, identified as Muhammad Youssef Abdulazeez, who killed four servicemen at Naval Reserve facilities in Chattanooga, Tennessee, was arrested by Chattanooga police in April for driving under the influence and was found to have white powder around his nose.

The shooter opened fire at a local military recruiting office and then fled, pursued by law enforcement. He drove to the US Naval Reserve Center, where he shot and killed four active-duty military servicemen.

The motives of the shooter, who was killed by police, remain unclear, according to the FBI.

The shooter, a local resident, grew up in the Middle East. According to the Daily Mail, has was a Jordanian citizen born in Kuwait, becoming naturalized in the United States in 1996.

The Guardian reported that the attacker graduated in 2012 from the University of Tennessee at Chattanooga with a degree in engineering.

A practicing Muslim, the shooter published a religious blog, played football, wrested at the varsity level, and was an “All-American kid,” according to his former MMA coach, speaking with CNN.

© AP Photo / WRCB-TV
Tennessee Naval Reserve Center Shooter Dead, At Least 3 Injured
According to the New York Times, the shooter's father had been under scrutiny for donating to an organization with alleged ties to terrorists.

Abdulazeez’s behavior, according to media reports, became more erratic following a trip to the area of his birth two years ago.

In April, he was arrested by Chattanooga police for driving under the influence and was found to have white powder around his nose.

Authorities are investigating the shooting as a case of domestic terrorism. Police raided the house of the Abdulazeez family shortly after the incident, searching for electronic devices which could expose the shooter's connections to Islamic State jihadist group or other terrorist organizations.

The investigation into the shooting rampage will be swift and exhaustive, President Barack Obama said in a statement following the incident.

“I want everybody to understand that we will be thorough and prompt in figuring out exactly what happened,” Obama stated on Thursday.

The US government increased security measures at some of its federal facilities over the shooting, Homeland Security Secretary Jeh Johnson announced on Thursday.