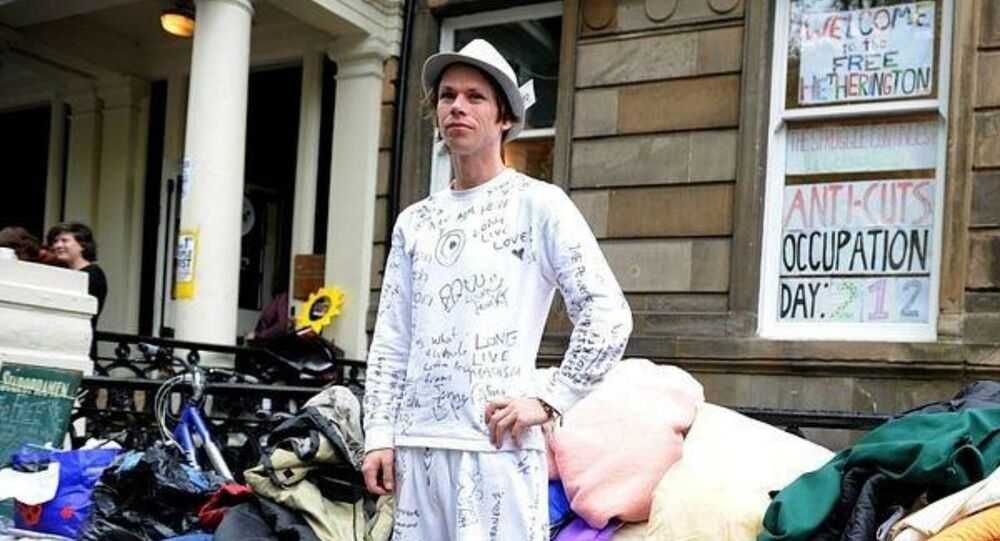 Prominent activist and friend of the anonymous community Lauri Love was arrested in the UK on Wednesday by London’s Metropolitan Police, executing an extradition warrant on behalf of the United States government.

Love, 30, is accused of hacking into US government computer networks and stealing confidential information.  The United States is now actively seeking to have him extradited to Newark, New Jersey, to face charges.

The activist was initially arrested in 2013 in Britain on suspicion of computer crimes.  He was released on bail and was not officially charged in the UK.  He was however, charged in New Jersey, New York, and Virginia.

Some of the allegations against him include having targeted the computer networks of the US army, US missile defense agency, environmental protection agency and NASA, with attacks beginning in October of 2012, The Guardian reported.

Following his raid and arrest in 2013, Love filed a lawsuit against the UK government to return his seized electronics (including computers which they were unable to decrypt), and in May of this year, he had most of his belongings returned.

“We have the dubious privilege of living in the period of human civilization in which information, computing, networking and civic society itself are becoming inexorably intertwined,” Love wrote on GitHub following his legal victory.

“Your data – and the data held about you – define and direct the course of your life in ways that were simply inconceivable a generation ago. Therefore, the decisions we make as a society during this integration will have repercussions for generations to come. The duty of the citizen is be prepared, if necessary, to mark out the line where the authority vested in the state ends and inviolable personal or organization autonomy is supreme.”

Love faces up to 10 years in United States prison and a fine of up to $250,000 if he is successfully extradited and convicted.  He is currently free on bail until his hearing on September 1.

“I'd much rather exude hugs and understanding and sympathy and love but there is a lot we have to be angry about,” Love wrote on Facebook days before his latest arrest.

“Not angry towards people, even if it's convenient rhetorically to hang our barbs on the agents of injustice. In fact we must always be intolerant of the injustice itself, while remaining compassionate and understanding towards those who find themselves wrapped up in its application and implementation. Anyway, as usual, please let me know if I can help you in some way, or if you need or know someone who needs support.”

Supporters took to social media promptly following Love’s arrest, launching the hashtag #FreeLove, and the slogan “No Love for the US Gov!” to speak out against his extradition.

Anonymous Calls for Million Person March on US Independence Day