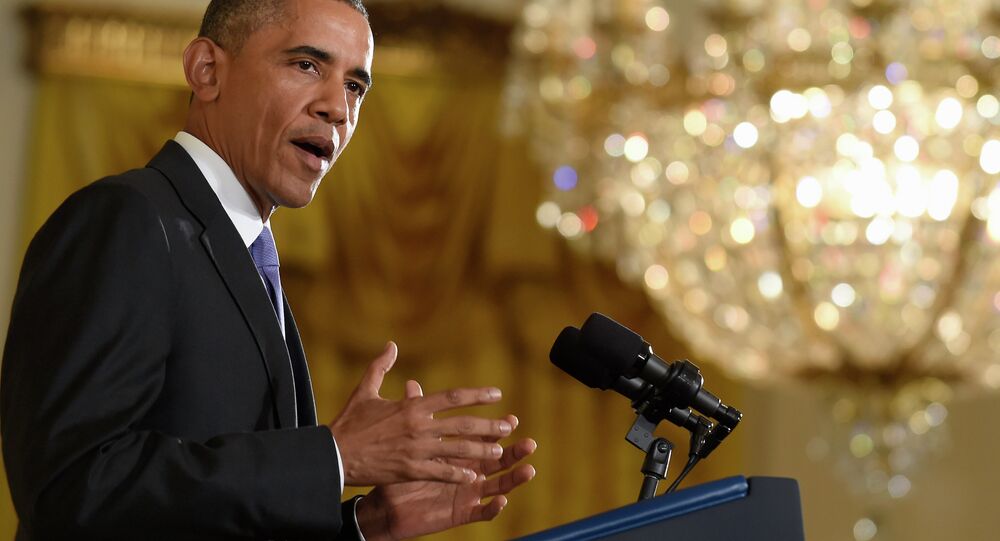 Iran Deal Not Aimed at Normalizing US Relations With Tehran - Obama

The Iran deal reached in Vienna on Tuesday is not aimed at normalizing relations between Washington and Tehran, US President Barack Obama told reporters on Wednesday.

On Tuesday, negotiators from the P5+1 countries — the United States, Russia, China, France and the United Kingdom plus Germany — reached a final agreement with Iran on the parameters of its nuclear program. The deal stipulates international sanctions relief in exchange for verification that Iran will not pursue a nuclear weapon.

"Unlike the Cuba situation, we are not normalizing diplomatic relations here. So the context here will be limited," Obama stated following the historic deal which guarantees a peaceful nuclear development program in exchange for sanctions relief against Iran.

The president noted that through the deal, Iran has agreed to a more "vigorous monitoring and inspections regime."

The United States has been concerned about lifting arms embargo against Iran, Obama said.

He added that the international community had "a number of mechanisms under international law that gives us authority to interdict arms shipments by Iran."

"My hope is that building on that deal we can continue having conversations with Iran that incentivize them to behave differently in the region to be less aggressive, less hostile more cooperative, to operate the way we expect nations in the international community to behave, but we are not counting on it," Obama explained.

He noted that Iran could increase military investment and support to proxies in the Middle East.

Obama added that the United States and regional allies also have the means to interdict weapons shipments from Iran to regional proxies.

"I do agree that we are not going to solve the problems in Syria unless there's buy-in from the Russians, the Iranians, the Turks, our Gulf Partners," Obama said.

"It's too chaotic, there are too many factions, there's too much money and too many arms flooding into the zone, it's gotten caught up in both sectarian conflict and geopolitical jockeying."