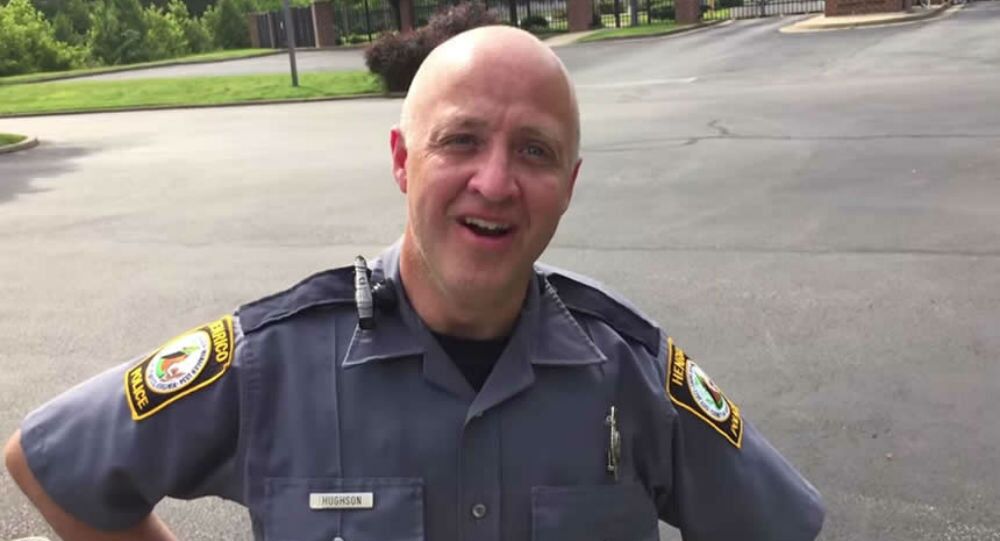 What task can the average person accomplish in 35 seconds? Maybe tie your shoelaces. For one cop in Virginia, that’s the amount of time it took to greet then threaten to arrest the man who was filming him.

In a video uploaded to YouTube, a Henrico County police officer is seen exiting his cruiser to approach a man who his filming the officer.

"How are you doing?" the officer asks as he walks toward the man.

When he doesn’t receive a response, the officer asks "What ya got in your pocket?"

The cameraman remains silent throughout the encounter.

"Sir?," the officer continues. "Sir, what are you doing? Can I get your ID from you please? Are you unable to talk?"

A moment later, the office says "Sir, I need your ID. If you do not provide me with your ID, you’re going to be placed under arrest."

From the moment the officer first spoke to the man until the time he threatened to arrest him, only about 35 seconds had passed – during which the man filming the encounter didn’t say one word.

At this point, the man tells the officers that he is invoking his right to not speak, per the Fifth Amendment. He also says he has rights against unreasonable search and seizure, and that he wants his lawyer.

The officer responds by throwing the camera to the ground, then says "You're under arrest."

Eventually, the cameraman is told he has been arrested for "obstruction of justice" by refusing to answer the officer’s questions or provide some form of identity documents.