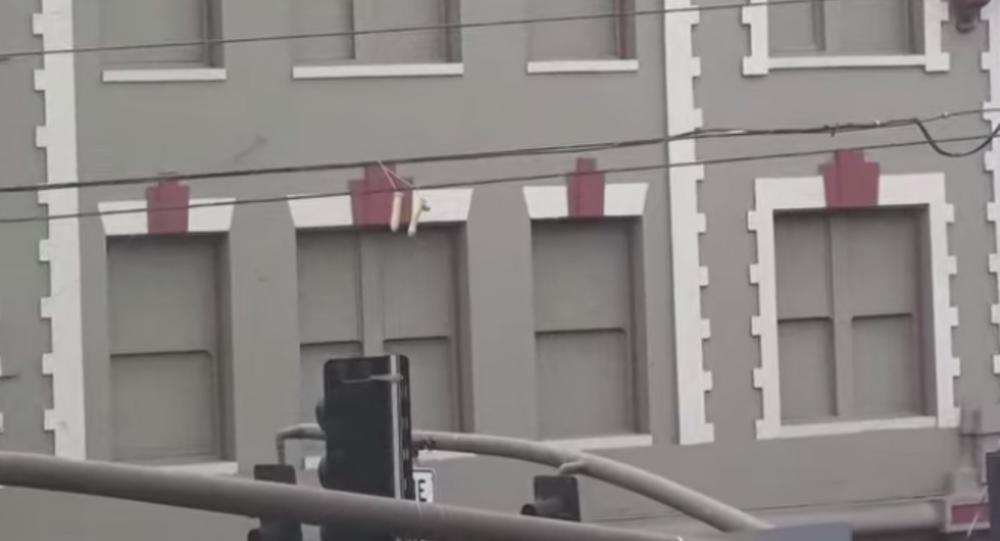 Residents who seem to be embracing the appearance of the phallic sex toys have taken to social media to post photos of sightings with the hashtag #KeepPortlandWeird, a hashtag generally used to share quirky sightings and anecdotes from across the Pacific Northwest city.

Others, though, seem to be outraged about the potential for children to see the brightly colored rubber penises swinging in the breeze.

A spokesman for public utility Portland General Electric told Yahoo! News that she did not believe the rubber products posed a fire hazard.