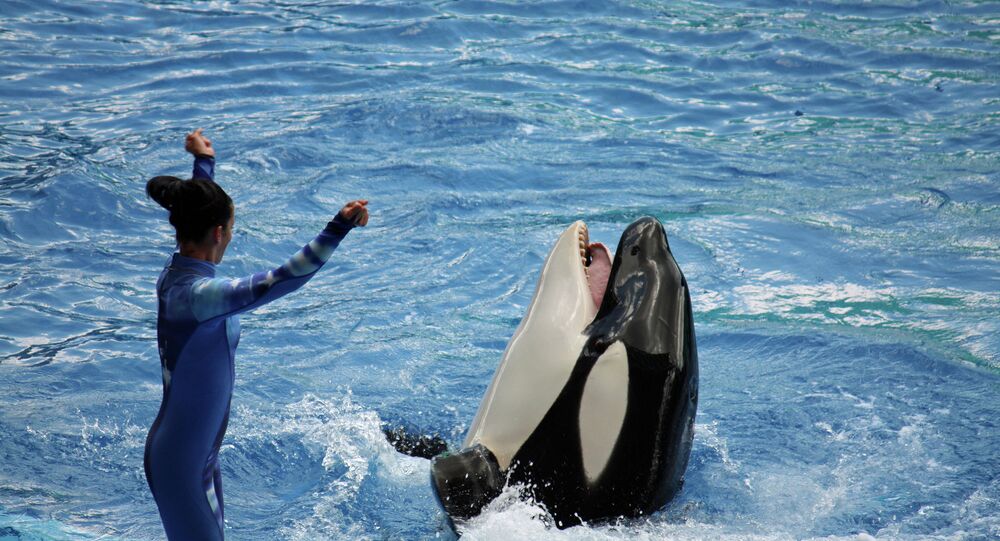 Officials with the People for the Ethical Treatment of Animals organization are accusing SeaWorld Entertainment Inc. of having an employee pose undercover as an activist to infiltrate protests and demonstrations against the theme park for several years.

Lake County Sheriff’s Office Handout
Child Sex Sting Nabs Droves of Men, Including Florida Theme Park Workers
The animal rights organization claims that a California-based activist who went by the name Thomas Jones is actually 28-year-old Paul McComb, a man who has worked for SeaWorld since at least 2008.  According to a resume they found for the man online, he has held several positions with the company, including as a human resources representative.

They claim McComb was active in a protest of the SeaWorld float at New York’s Macy’s Day parade in 2013, protested outside the San Diego theme park location, and even got arrested by police with activists at the 2014 Rose Parade in Pasadena, California.

“We are focused on the safety of our team members, guests and animals, and beyond that we do not comment on our security operations,” Fred Jacobs, a SeaWorld spokesman, said in a statement to Bloomberg on Monday when confronted with the allegations. “This is a responsibility that we take very seriously, especially as animal rights groups have become increasingly extreme in their rhetoric and tactics.”

The representative did not confirm or deny the infiltration allegations.

McComb was allegedly active on social media, attempting to gain information on protest plans and making contact with other activists.

“What is the big surprise for the upcoming protest. Are we going up the gates or something,” he asked another activist in a March 2014 message provided to Bloomberg by Peta.

McComb would also allegedly actively try to urge others to take action against the park.

“Grab your pitch forks and torches. Time to take down SeaWorld,” Jones wrote on Facebook before a July 4, 2014 SeaWorld protest.

By Tuesday morning, the social media accounts for the “activist” had been removed, but were later put back online with all photos taken down.

Following suspicion that Jones was not who he said he was, activists wrote down Jones’s license plate number at a June 6 protest in San Diego.  The license plate was tracked to McComb, who they discovered works for SeaWorld.

In addition, one of the addresses provided by Jones to PETA did not exist, while a second was a post-office box in San Diego that belongs to Richard Marcelino, SeaWorld’s head of security in San Diego.

“PETA itself actively recruits animal rights activists to gain employment at companies like SeaWorld, as this job posting demonstrates,” company spokesman Jacobs said to Bloomberg, referencing a posting by PETA looking for people to act undercover. “Safety is our top priority, and we will not waiver from that commitment.”

US Aquarium Fights for Russian Beluga Whales in Court