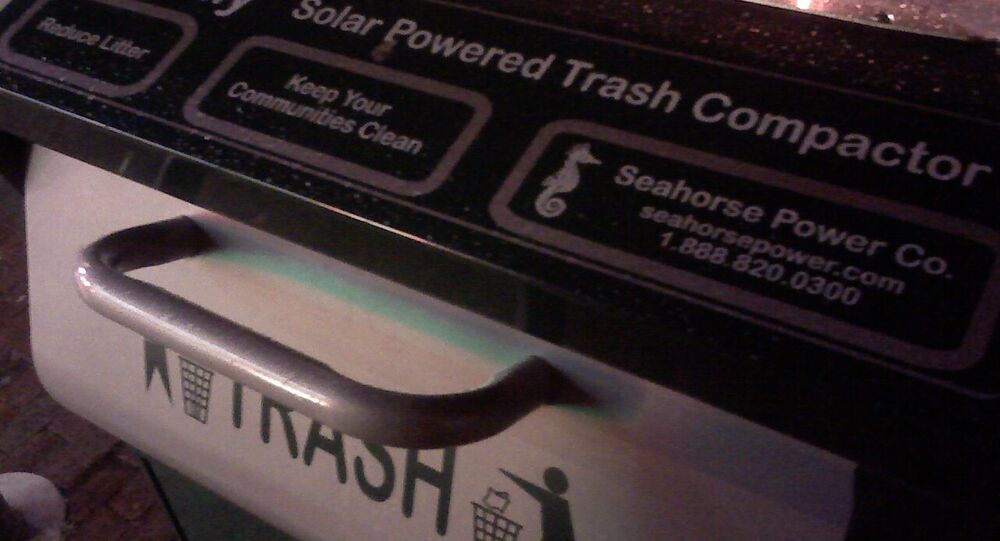 Garbage cans used only for trash may soon become a thing of the past now that Bigbelly, a Massachusetts-based waste management company, and New York's Downtown Alliance are collaborating on a project aimed at turning garbage and recycling bins throughout the New York City into wireless hotspots.

© Flickr / Ministerio TIC Colombia
Facebook to Give Free WiFi to Sao Paulo Favela, Zuckerberg Says
Bigbelly has already equipped more than 170 of its solar-powered containers with chips that detect when it's time to empty the bin, or when the smell from garbage baking in the sun becomes unbearable. Such "smart" bins, placed in downtown Manhattan, have optimized the work of trash collectors who now know exactly where to arrive first. Needless to say, the demand for such clever waste systems has increased.

But the time has come to make already highly improved trash bins even smarter by installing Wi-Fi units inside them.

Previous attempts by other companies to provide the city with bases for free wireless Internet failed, largely due to obvious reasons: buildings interfered with signals, among other technical limitations.

However, test conducted by Bigbelly and Downtown Alliance following the installation of Wi-Fi units inside experimental garbage containers near Wall Street gave positive results. When the units are placed on street level, the signal from the Bigbelly containers was not blocked by towering skyscrapers, and its quality was fine.

"We are a smart solar-powered, connected technology platform that is literally sitting in the streets of New York," said Leila Dillon, Bigbelly's vice president of global marketing. "We are exactly where the people are."

Apart from the obvious public benefit, such high-tech bins may also come in handy by collecting data about waste management or displaying public service announcements and alerts.

After a few more pilot tests, Bigbelly CEO Jack Kutner is hoping to pull in sponsorship and grants to expand the service to other cities.