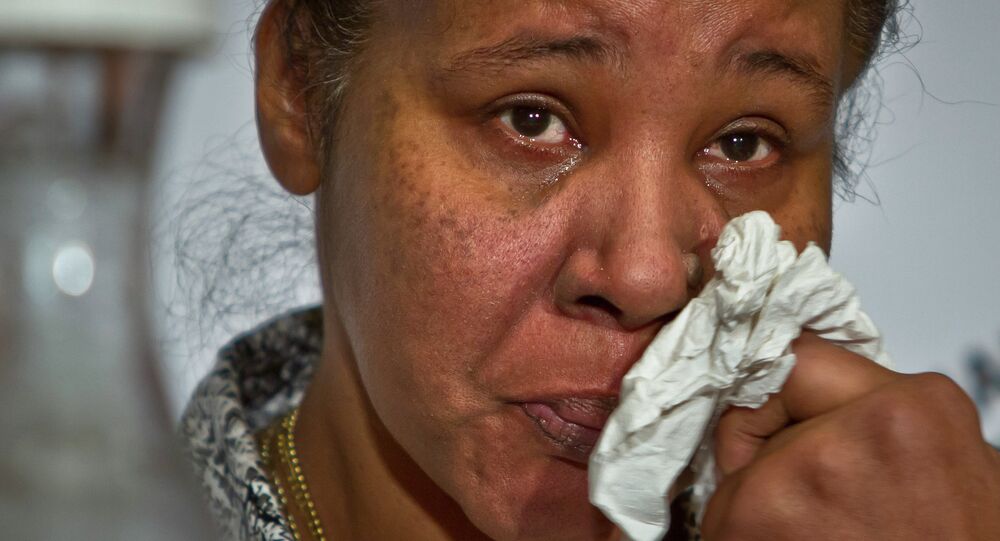 After rejecting an offer for a $5 million settlement in the case of Eric Garner, who was killed by NYPD one year ago this week, Esaw Garner, his widow, has reportedly accepted a new offer of $5.9 million.

Eric Garner’s death sparked global outcry on July 17, 2014, after he was killed by a chokehold placed on him by Officer Dan Panteleo who was with a group of officers attempting to arrest him for selling untaxed "loosie" cigarettes.  The incident was captured on video by two different witnesses.

In the troubling footage, Garner is heard telling the officers "I can't breathe" eleven times.  Those tragic words would become a rallying cry at the protests that followed.

Despite medical examiners ruling the death a homicide caused by "compression of neck (choke hold), compression of chest, and prone positioning during physical restraint by police," a grand jury declined to indict Officer Panteleo on December 3, 2014.  The decision to allow the officer to remain free, only weeks after a grand jury in St. Louis declined to indict Officer Darren Wilson for the death of Michael Brown, spurred another wave of global demonstrations.

A notice of claim filed by Garner's relatives last year stated their intent to seek $75 million in damages. The agreement came just days before the deadline to agree on a settlement. If no agreement had been reached by the anniversary of his death, a suit would have to be filed.

“I think it’s on the mind of many New Yorkers, and we, you know, mourn the death of Eric Garner,” New York Mayor Bill de Blasio said shortly before the agreement was reached. “I think we’ve come a long way, even in the last year, in terms of bringing police and community together.”

On Saturday, the family intends to lead a rally outside the Brooklyn offices of the Unites States attorney alongside Reverend Al Sharpton, calling for federal charges for the officers involved in his death.

"Following a judicious review of the claim and facts of this case, my office was able to reach a settlement with the estate of Eric Garner that is in the best interests of all parties," New York City Comptroller Scott Stringer said in a statement announcing the settlement.

"I believe that we have reached an agreement that acknowledges the tragic nature of Mr. Garner's death while balancing my office's fiscal responsibility to the City," he said, adding that the city did not admit liability for Garner's death.