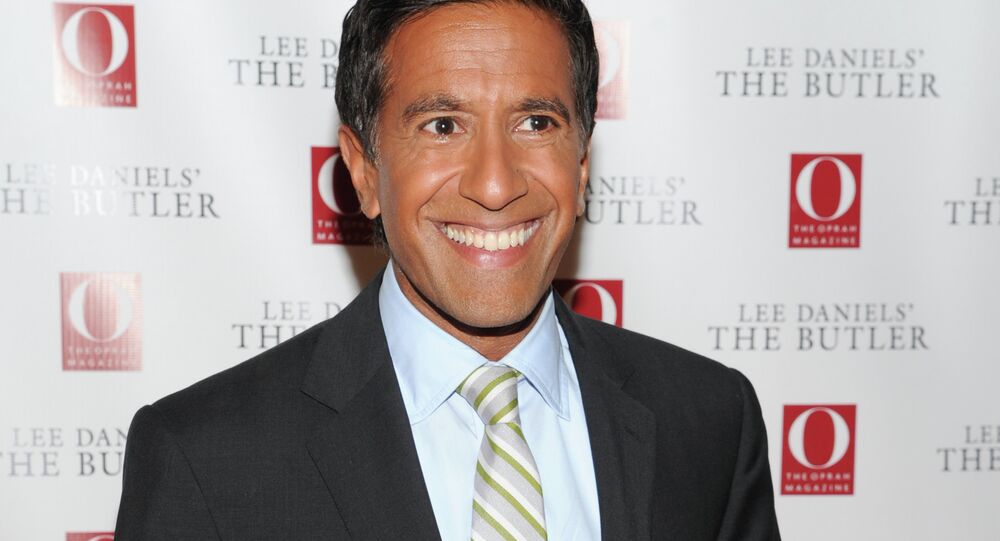 Just as the furor over former NBC broadcaster Brian Williams’ reporting exaggerations begin to die down, the claims of another mainstream journalist are beginning to raise eyebrows. After saying he operated on a young girl amid the devastation of the Nepal earthquake, CNN’s Sanjay Gupta is now accused of inaccuracies.

When Brian Williams was demoted from his position at NBC after exaggerating a number of personal experiences, questions began to arise about impartiality in the mainstream media. Williams was adored by his audience, frequently appearing on late night talk shows and in sitcom cameos. But when journalists become household names and become, themselves, a part of the news, how objective can they be?

© AP Photo / Andrew Toth
Busted! NBC’s Brian Williams Admits He Lied About Being Shot at in Iraq
These questions are beginning to arise again. As an experienced neurosurgeon, Dr. Sanjay Gupta works for CNN as a medical correspondent. During the devastating earthquake that struck Nepal in April, Gupta was sent to cover the rescue effort.

During a CNN video report, Dr. Gupta claimed to have assisted in the operation on an 8-year-old girl named Salina Dahal, who suffered a fractured skull, blood clot, and swelling of the brain.

On Friday, Dr. Ganesh Bahadur Gurung, a top official at Bir Hospital in Kathmandu, where the operation was supposed to have taken place, said that Dahal had only sustained minor head injuries and never received surgery.

"There was no operation performed on the child whose name was mentioned in the [CNN] news report," Gurung said, according to AP. "Actually the operation done that day was a 14-year-old whose name [Gupta] has not mentioned. He has given a false a statement there."

This follows a report from the Global Press Journal earlier this week in which the family of Dahal said she had never undergone surgery.

"I was hurt but I did not have any surgery," Dahal told the AP.

The Global Press report also suggested Gupta had, in fact, operated on 14-year-old Sandhya Chalise. While Gurung acknowledges that Gupta was allowed to observe to the operation of the 14-year-old, he could not confirm or deny if the CNN correspondent had participated in the procedure.

YouTube/Tony Hodges
This is CNN, But That’s Not the ISIL Flag Flying Over London Pride
CNN has been quick to defend its reporting. According to the network’s spokeswoman, Neel Khairzada, CNN is standing by the fact that Gupta did, in fact, perform surgery, even if he misidentified the individual.

"Sanjay spent a week in Nepal, helped save a young life in the operating room, and we couldn’t be prouder of him," Khairzada said in a statement. "He has our full and unequivocal support."

The network also released cell phone footage taken by producer Tim Hume which appears to show Gupta in the hospital. In the video, Gupta is wearing surgical scrubs and using a medical drill on an unidentified patient.

Whether Gupta will see the same fate as Brian Williams, who was dismissed from his post on the NBC Nightly News and only recently reassigned to MSNBC, remains to be seen. But at times like these, one can’t help but ask: whatever happened to those allegations against Bill O’Reilly?

This is CNN: Network Deprives United Kingdom of its Name on Election Night