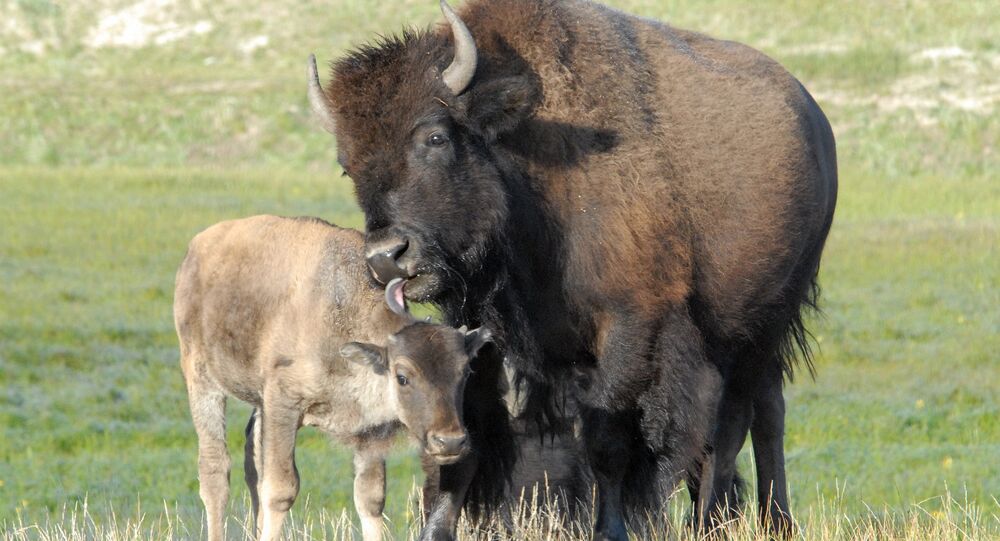 Over a dozen bison have mysteriously died on a Native American reservation in Montana since the 4th of July weekend, leading investigators to begin a probe into whether or not the herd was infected by anthrax.

© Flickr / Rob Ketcherside
US Still Lacks Livestock, Plants Bio-Security Program Years After Warning
While anthrax being the culprit is still just an early suspicion, the rapid deaths and other symptoms found among the herd do suggest that the deadly bacteria may be to blame.

Preliminary tests, however, came back negative or inconclusive and Mike Volesky, the chief of staff for the Wildlife Division of Montana Fish, Wildlife and Parks, told AP that tests on the water are also being completed to rule out salt or algae causing the deaths.

Anthrax spores, which occur naturally in soils, can lay dormant for years without being ingested or breathed by livestock or other animals as they graze.

In 2008 there was an anthrax outbreak in the state which claimed the lives of 300 bison, several bull elk, and a cattle operation’s bull, the Telegraph reported.

Tissue samples from the animals have been sent to the Department of Livestock's Diagnostic Laboratory in Bozeman for further testing.  Results are expected to be completed in about a week.

"There were 17 head of buffalo that were found dead on Saturday mid-morning," buffalo wrangler Bronc Speak Thunder wrote in a post on Facebook on Wednesday, "so between Thursday night and Saturday morning something happened that is yet to be determined. Also, one appeared in good shape and no symptoms of being anything wrong died between the time I left Sunday night to early Monday morning, making it 18 total."

So far there have been 18 bison deaths, from a herd of 43.  The dead also include 14 cows, two bulls, and two yearling bulls.

"We really don't have any accurate information, it's just speculation," Blaine County veterinarian Roger Baxter who took the tissue samples told USA Today. "Until we hear back from the lab, and I know that I am right, we don't want to talk about it."

North Korea Claims It Was Targeted by US With Live Anthrax

US Shipped Anthrax Sample to Japan in 2005 - Pentagon