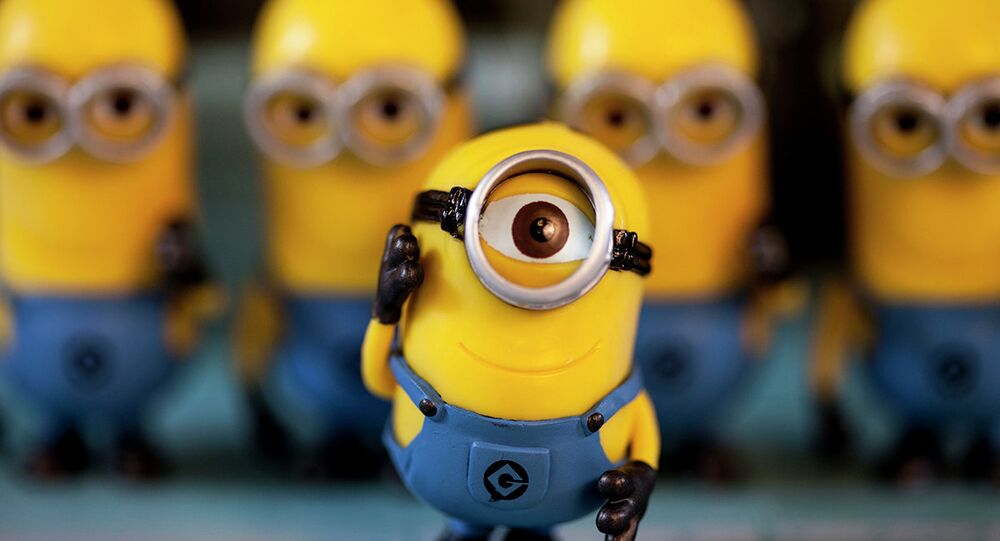 Part of what makes the little yellow creatures from the “Despicable Me” and “Minions” movies so hilarious is the complete gibberish and nonsense that comes out of their mouth. But according to some angry parents, the sound uttered by the McDonald’s Minion Happy Meal toy sounds suspiciously obscene.

McDonald’s introduced the new Happy Meal toys on July 3rd to promote the upcoming "Minions" movie. According to the fast food company, like the movie characters, the toys only babble nonsense, adding that the Minion Caveman toy that comes with a happy meal makes only three sounds – "para la bukay," "hahaha," and "eh eh."

Since they are supposed to be gibberish, the sounds are of course hard to decipher. But some angry parents claim that the sound coming from the toy sounds very much like a phrase commonly abbreviated as "WTF?"

Several parents have even taken to YouTube, posting videos of the toy and expressing their disbelief, and sometimes confusion.

Some parents are a little more skeptical, saying that they can only hear the phrase when they’re asked to listen for it. The confusion has prompted some lengthy online discussions over what exactly the little toys are saying, and whether or not they could possibly be swearing.

For their part, McDonald’s has released a statement insisting that the toys are not cursing, and adding that they will not be pulled out distribution.

"We are aware of a very small number of customers who have been in touch regarding this toy, and regret any confusion or offense to those who may have misinterpreted the sound," McDonald’s spokeswoman Lisa McComb said in a statement. "The allegation that this toy is saying anything offensive or profane is not true."

"Our goal at McDonald’s is to serve up food and fun for our valued customers, and we’re glad to have the Minions on board," she added.

Starring Sandra Bullock and Jon Hamm, the "Minions" is a prequel to the popular animated "Despicable Me" movies, and will hit theaters on July 10. As part of a promotional deal, McDonald’s will be selling Minion toys with its Happy Meals through the end of the month.

Dog Minions Are a Thing