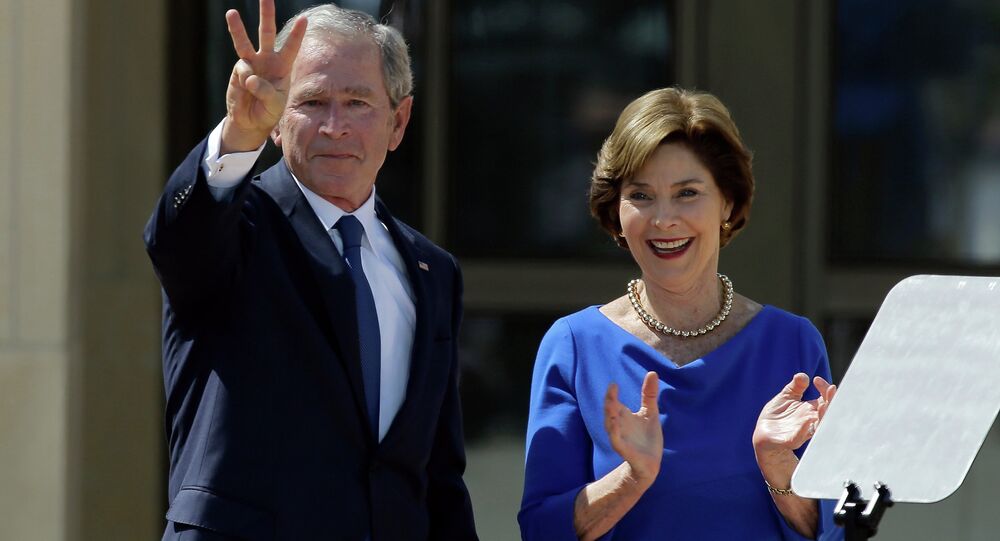 During his term, former President George W. Bush sent US troops to Iraq under what later turned out to be false pretenses. Since then, over 50,000 US soldiers have been wounded, with many struggling to acclimate to life back home. And while the former president has pledged his support to these veterans, he apparently won’t do it for free.

© Flickr / Tony Swartz
International Court Judge: Dick Cheney Will Face Trial for War Crimes
Two weeks ago, at a Chamber of Commerce event, former President Bush touted his support for veterans, saying "I’ve decided to dedicate the rest of my liFe to helping out vets, to helping those with whom I was honored to serve."

A noble pledge, perhaps, but it also comes with a fee.

According to ABC News, the former president has charged $100,000 for a speech at a gala fundraiser hosted by the Texas-based Helping a Hero charity for veterans who have lost limbs in Iraq and Afghanistan – the very same countries Bush sent troops to. At an additional cost of $20,000, the former president was also provided with a private jet to fly him to the event.

Members of Helping a Hero also told ABC News that former First Lady Laura Bush also charged a fee of $50,000 for a speech at a gala event the year before for the same organization.

The charity’s chairman was quick to come to the former president’s defense, saying in a statement that Bush’s appearance helped raise "significant funds" for the organization, and that he further reduced his fees from $250,000 to $100,000 for their benefit.

However, according to Politico, the former president’s typical speaking fee is between $100,000 and $175,000, which means Bush may not have been as gracious with his speaking fee as indicated by the charity’s chairman.

Further, ABC reported that both Bill Clinton and Jimmy Carter have never taken money to speak at a veteran’s group in the past.  Robert Gates, Secretary of Defense under Bush’s administration, also did not charge a fee for speaking at the same Helping a Hero fundraiser.

The revelation has sparked public outrage, with the former president under fire from both public officials and military veterans. Many drew attention to the irony of a president capitalizing on the soldiers injured in the very wars he created.

For Marine Eddie Wright, who lost both his hands in a 2004 rocket attack in Fallujah, Iraq, was quick to voice his anger and disbelief at the former president.

"You sent me to war," he told ABC, referring to Bush. "I was doing what you told me to do, gladly for you and our country and I have no regrets. But it’s kind of a slap in the face."

Even Donald Trump, who is competing with the former president’s brother Jeb Bush for the 2016 Republican Presidential Nomination, has joined the chorus of criticism.

Though Trump’s comment may be intended more as a swipe at his Republican contender, the expression of disbelief from someone who has referred to an entire people of as "drug dealers" and "rapists" does put Bush in an exceptionally bad light.

Some even demanded that Bush return the money, with others noting that the former president and his wife have earned much more from their speeches than those who have gone to fight the wars.

Paid speeches by former presidents have been the subject of intense controversy for years, as they have become a major source of income for their post-presidential years. By 2013, Bill Clinton brought home over $106 million on the lecture circuit, and according to CNN, makes $500,000 per speech.

Toward the end of his presidency, Bush reportedly told author Robert Draper that he intended to "replenish the ol’ coffers" after leaving office and make a "ridiculous" amount of money with his speeches. And apparently, even support soldiers he had sent to war won’t come in the way of that money making.