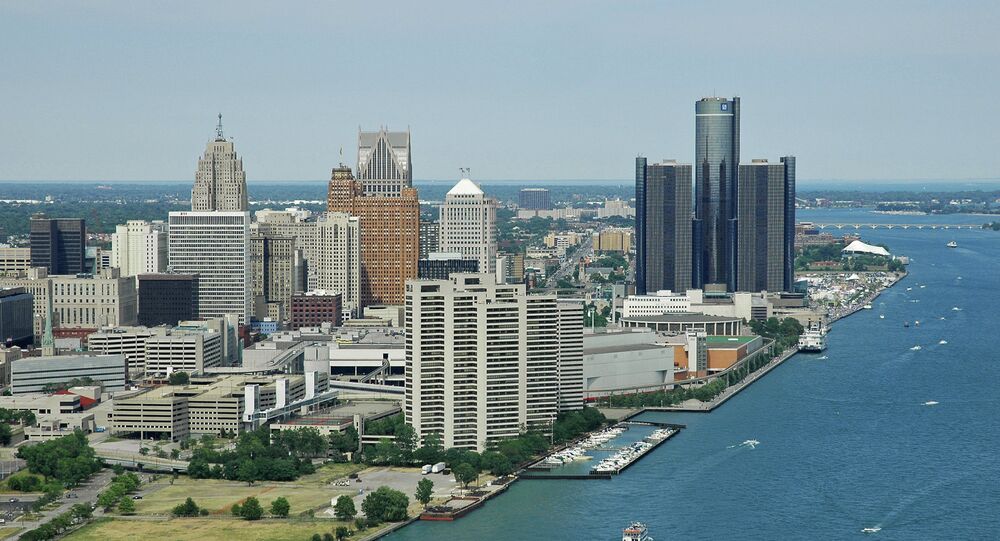 The city of Detroit currently has the fewest number of police officers patrolling the city streets since the 1920’s. The shrinking force isn’t due to a lack of crime either, its because the city simply cannot afford them.

© Flickr / webhostingreview
Detroit Cops Accused of Stealing, Extortion, Drug Dealing
The amount of officers on the force has been nearly cut in half since 2000, with 37% leaving the department in just the last three years.  Last year, the department was losing between 30-35 officers a month.

Some precincts have reportedly been left with only one squad car on the streets at times.  The police union representing the Detroit rank and file officers believes this presents a danger to both the police and the residents.

“This is a crisis, and the dam is going to break,” Mark Diaz, president of the Detroit Police Officers Association, told the Detroit News. “It’s a Catch-22: I know the city is broke, but we’re not going to be able to build up a tax base of residents and businesses until we can provide a safe environment for them.”

While the population was larger in Detroit in the 1920’s, it has seen heavy fluctuation over the past decade.

Currently, the citizen to officer ratio is at 448 to 1, the local CBS affiliate reported.

The city is currently looking to add approximately 480 more officers to the department, despite knowing that they cannot afford to pay the same rates other cities do.  Starting pay for a police officer with the Detroit Police Department begins at only $14 an hour.

"When you factor in the pension and benefits they're paying for, they're bringing home roughly $8 per hour after taxes. It's difficult to be a Detroit cop and make ends meet. You can't blame them for leaving so they can feed their families." Craig told the Detroit News.

These officers do the most difficult job in the country, and they need to get paid more,” Chief James Craig told CBS. “It’s hard to keep people when other cities can offer so much more money.”