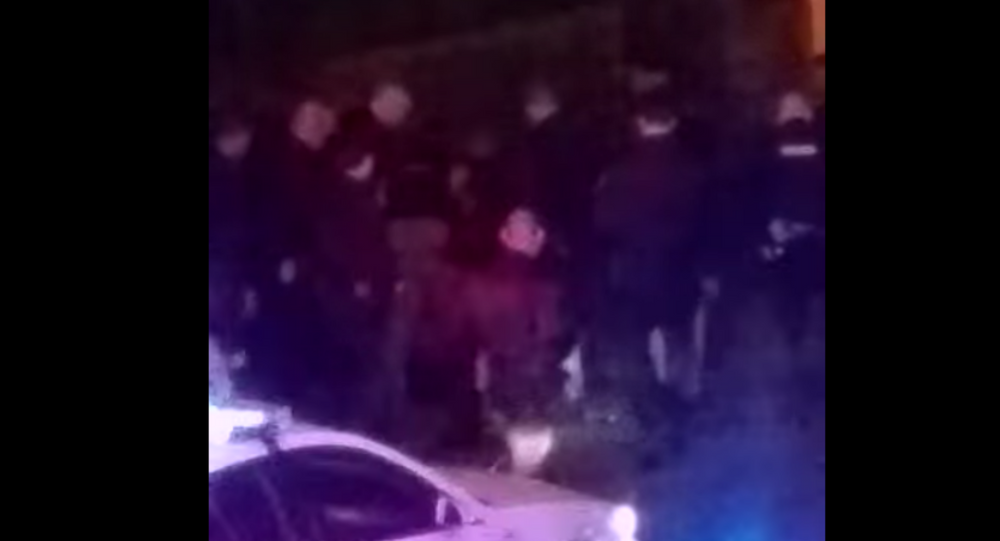 A startling video uploaded to YouTube on Wednesday captured a unarmed, subdued, black man being beaten and tased by a group of Philadelphia police officers as he cried out for his Grandmother.

Tyree Carroll, 22, was stopped for riding his bicycle the wrong way down a one way street on April 3, around 7:30 pm, near the home he shares with his grandmother, journalist Jasyme Cannick who first obtained the video reported.

“When he was stopped by the police officer, Tyree obeyed and got off of his bike and spoke with the officer.  The officer then proceeded to put Tyree’s hands behind his back before four policemen were suddenly on top of him. One police officer put Tyree in a chokehold and wrestled him to the ground. Officers repeatedly struck him with their fists. They kicked him and hit him with a nightstick.” Cannick wrote.

The video begins when he is already on the ground being detained by four officers, with the bike a few feet away from him.  An officer is seen punching him repeatedly.

Another police vehicle pulls up to the scene and the officer who gets out is heard yelling, “I have a f*cking Taser, here I come! You’re getting the f*cking Taser!”

“Tase that motherf*cker!” another officer is heard responding.

As multiple officers punch and kick him as another is heard yelling, “you f*cking bit me you piece of sh*t!”

Carroll can be heard calling for his grandmother and saying that he was sorry as the officers continue to beat him.

By the end of the incident, there were 26 officers in total on the scene, the person filming counted.  She stated that 24 were white, and only two were black.  She also counted 11 police vehicles, all for the one man.

“Four cops had him, he wasn’t going no where,” the witness who was filming stated. “Thank God he lived — right now.”

The witness also asserted that Carroll was tased four or five times.

He was reportedly taken to the hospital following his arrest, but his medical records have not been released to his family.  A person from the Pennsylvania Prison Society who has visited Carroll stated that while he was taken to the hospital, he did not receive treatment for his injuries and remains in a lot of pain.  They also reported that he is asthmatic and has not received treatment for his asthma.

The Pennsylvania Prison Society told Cannick that Carroll admitted to them that he bit two of the officers, and explained that he was trying to keep from dying as he could not breathe.

“According to Tyree, when he was placed in a chokehold his chest began to hurt very bad and he couldn’t breathe.  He said that he thought about Eric Garner and dying and his reflexes kicked in and he tried to free his airways the best way he could at the time,” Cannick reported.

Carroll, who is also the father of a young toddler, was charged with  aggravated assault, simple assault, recklessly endangering another person, resisting arrest and several drug charges.  At his preliminary hearing which took place on June 30, one of the assault charges was reduced to a second-degree felony.

Carroll’s bail was originally set at $15,000, but has been reduced to $5,000. He is currently still imprisoned however, as he had a probation violation and is ineligible for release.  His arraignment is scheduled for July 21.