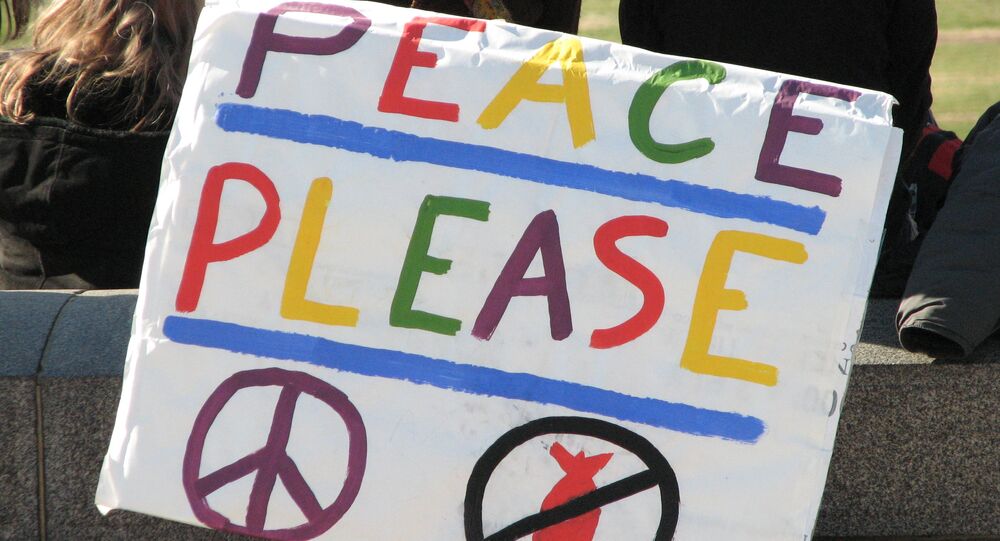 A lawsuit filed by nonviolent peace activists alleges a coordinated attack by the military against anti-war activists, and now their appeal has been sealed preventing the public from learning more about the operations against these nonviolent protesters.

Port Militarization Resistance, a Washington based group who actively organized nonviolent civil disobedience actions against the Iraq War from 2006 to 2009, alleges that the Army directed John Jacob Towery to infiltrate their group and violate their First and Fourth Amendment rights.

“The Army’s infiltration and intelligence gathering against political activists not only violates the Posse Comitatus Act of 1878, which forbids the military from enforcing civilian law on U.S. soil, it’s also reminiscent of the counterintelligence (COINTELPRO) tactics used by the FBI in the 1970s to ‘disrupt, misdirect, discredit and otherwise neutralize’ political groups.” The statement on PeopleVTowery.org asserts.

Thomas Rudd, the head of the Army’s Force Protection Division, allegedly directed Towery to identify activists “in order to facilitate their arrest without probable cause,” and instructed him to report on “meetings, demonstrations, and private personal events and relationships” so that “civilian law enforcement agencies” would be able to arrest, follow, cite, detain, harass, and compile and transmit dossiers that would facilitate disruption of the antiwar movement, Kevin Gosztola of FireDogLake reported.

During the trial, Towery admitted to calling people anarchists for the purpose of targeting them as a threat to the military and testified that he was in fact paid to go into activists homes and meetings to spy on them.

In the 9,400 pages of documents, attorneys for the activists also found dossiers created of activists labeling them as domestic terrorists- despite their strict nonviolent policy.

The Army, Towery, and Rudd, pushed for the appeal to be sealed as it references evidence, which corroborates the allegations made by the activists.

“Plaintiffs have sought to advance the cause of peaceful dissent against coordinated military and police subterfuge and espionage,” National Lawyers Guild attorney Larry Hildes, who filed the appeal, wrote in a brief. “Plaintiffs sustained targeted acts of harassment, and the police have been accused of targeting activists for being activists. Two plaintiffs have been blacklisted in official police and military fusion networks as ‘domestic terrorists,’ a connotation carrying felony implications. Excessive physical force by police marked the official response to explicitly nonviolent, disciplined civil disobedience.”

YouTube/Charlie Grapski
NYC's Lawsuit Settlements for Occupy Wall Street Protesters Set New Record
Lawyers representing the activists argue that many constitutional rights have been violated, and that the public has a right to know what the government is doing to its own citizens.  The documents speak on military and governmental spying on civilians, the violation of constitutional privacy, and press rights.

“Military and law enforcement officials have admitted to engaging in actions that not only violate our plaintiffs’ constitutional rights, but also violate a century-old law that should protect US civilians from military intrusion.”

“By targeting activists without probable cause, based on their ideology and the perceived political threat they represent, the Army clearly broke the law and must be held accountable.”