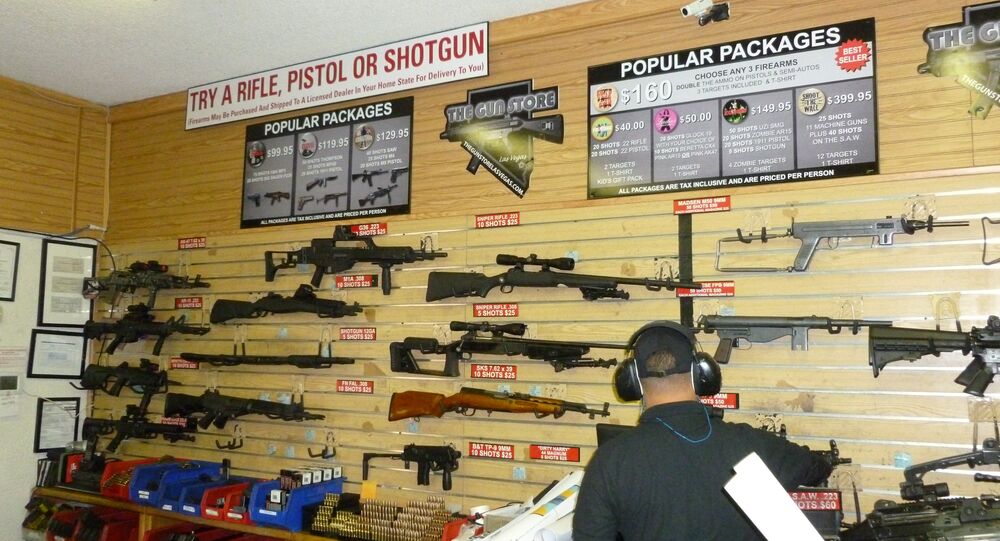 Armed in the USA: Guns Sales Skyrocket in June

As the nation recovers from yet another mass shooting, this time in a Charleston Church in South Carolina where a white man shot and killed nine black churchgoers, new data from the Federal Bureau of Investigation (FBI) reveals this past June saw the highest number of background checks for gun sales in the United States in over two decades.

© Flickr / Robert Nelson
Gun Lobby Can Be Defeated if US Public Mobilizes
The FBI is required to conduct background checks on any in-store gun purchases, and has been keeping track of this data since 1993. When a customer wants to buy a gun from a store, he or she must fill out a form from the Federal Bureau of Alcohol, Tobacco, Firearms and Explosives. The store then contacts the FBI, which runs a background check through the National Instant Criminal Background Check System (NICS) based on the information provided on the form.

Recent NICS numbers reveal that gun background checks have spiked by 11% compared to last year. The FBI conducted a total of 1.53 million background checks last month, making it the busiest June for gun sales since the agency began tracking this data.

Since the data only reflects the number of background checks conducted, it does not necessarily reflect the total amount of gun sales. However, the increased number of checks does indicate a rising interest in gun purchases across the nation.

Michael Bazinet, spokesman for the National Shooting Sports Foundation, told CNN the increase was partly due to the influx of women and first-time gun owners in the market. The past few years have seen a surge of women participating in gun sports, with a reported 51.5% increase from 2001 to 2011 in target shooting, and 41.8% in hunting.

The rise in gun background checks has also been previously linked to mass shootings, as the incidents tend to reignite the debate on gun control and lead many to fear stricter regulations. For instance, background checks jumped by a whopping 40% in December 2012, the same month as the Sandy Hook massacre.

However, experts in the field say the surge of background checks for gun sales last months may not have been triggered by the Charleston massacre.

Urban Institute Criminologist Sam Bieler told CNN that while "there was a real public dialogue about gun control," this time "the focus has been on the Confederate flag rather than a new firearm regulation."

US Activists Hold ‘Day of Resistance’ to Tighter Gun Control