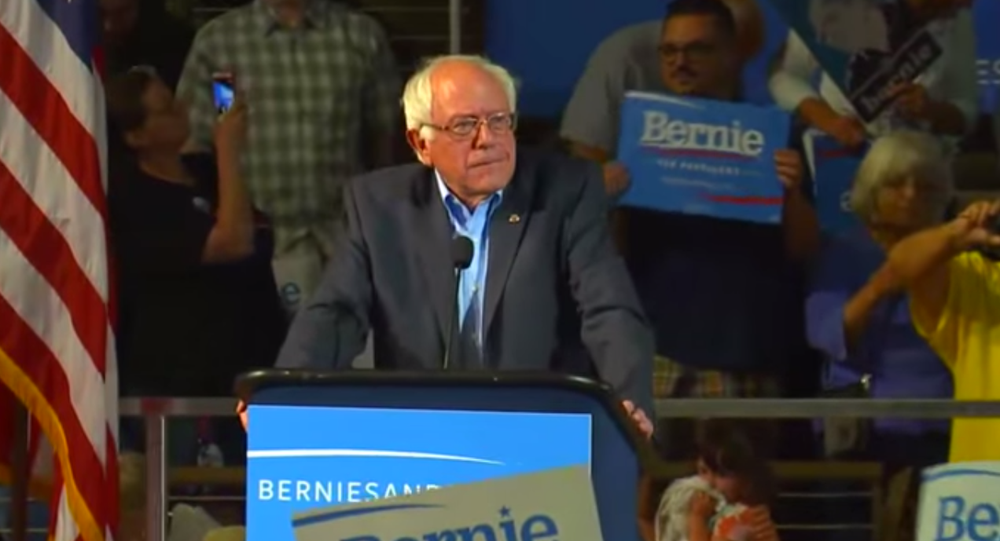 Vermont senator and 2016 presidential hopeful Bernie Sanders is calling bull on an Obama talking point, saying that the actual unemployment rate in the US is double what the current administration is claiming it is.

Sanders, speaking to a crowd of 7,500 at a campaign rally in Portland, Maine on Monday, explained that the numbers the Labor Department published for last month's unemployment rate fail to take key figures into account.

“Once a month the government publishes a set of figures, and the last figures they published said that official unemployment was 5.4 percent. But there is another set of government statistics,” Sanders stated, “and real unemployment, if you include those people who have given up looking for work and the millions of others who are working part-time, 20, 25 hours a week when they want to work full-time, when you all of that together, real unemployment is 10.5 percent.”

Unemployment and underemployment have been a huge part of the democratic contender’s campaign, and he believes that unemployment is intricately connected with civil rights.

“I do not separate the civil-rights issue from the fact that 50 percent of African-American young people are either unemployed or underemployed,” Sanders continued.

Sanders also slammed the US’ War on Drugs, and stated that instead of locking up young people for drug crimes, what they really need are jobs and education.

“If you do not believe that there is a correlation between high youth unemployment and the fact that this country has more people in jail than any other country on Earth, you would be wrong,” Sanders said. “Now, how does it happen that in this great nation, we have more people in jail than the communist authoritarian country of China, which has over three times our population? And in my view — and I feel this very, very strongly — instead of locking up our young people, maybe it’s time we found jobs for them and education for them.”

Sanders wrote as far back as 1972 about abolishing drug laws, while his closest rival, former Secretary of State Hillary Clinton, has called marijuana a “gateway drug” that should not be decriminalized.

Polls have shown that the vast majority of moderates, independents, and democrats all want to end the prohibition on the drug.

One thing’s for sure: come primary season, Sanders is certainly going to be giving Clinton a run for her money.

Sanders’ statements on US unemployment begin at 1:11:10:

On 'White Fragility' and on Smearing Sanders