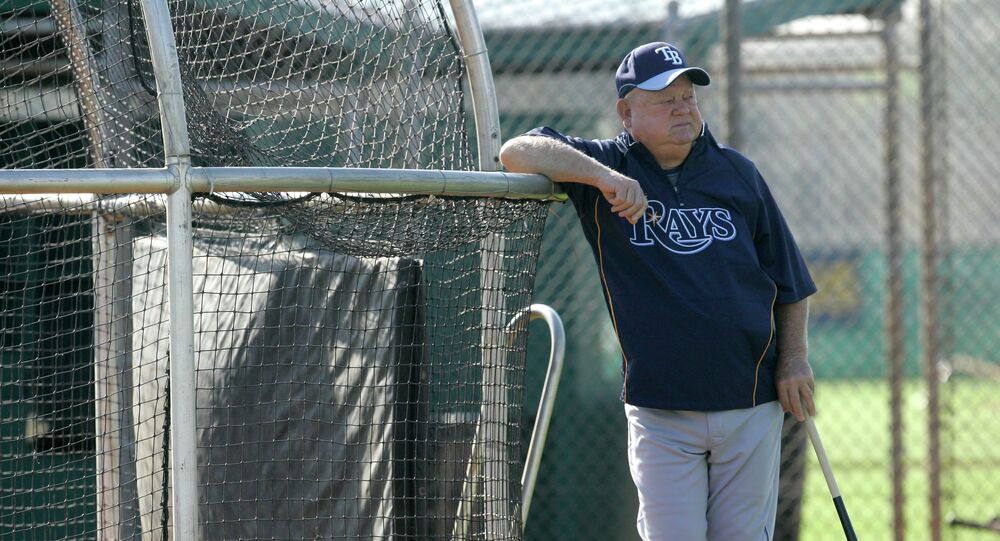 The widow of US baseball icon Don Zimmer was shocked to discover the Yankees jersey she had been given as a memento by team members had disappeared from her luggage, and she’s laying blame squarely with the scandal-riddled Transportation Security Administration.

© AFP 2021 / Thomas Samson
US Authorities Investigate Professional Baseball Team for Hacking Competitor
The jersey was stolen from Soot Zimmer’s suitcase in the airport, she believes, as she traveled back home from New York. Mrs. Zimmer was presented with a replica of her husband’s jersey at the ‘Old Timers’ game put on by the New York Yankees.

"When it was missing out of the luggage when we got home, it wasn't the monetary value it was the sentimental. They gave me that to represent Don and now I didn't have it," Zimmer told CBS News.

"To me I feel the person that took it, they know where to be, to be out of sight of camera," Zimmer said.

"I put it in the front zipper of the suitcase and it was a last-minute thing. I should've put it in my carry-on but I just didn't think it would disappear," she added.

TSA released a statement explaining that almost 2.5 million pieces of baggage go through security screenings every day, and less than one-half of one percent of items get lost or damaged.

“Approximately 55 percent of claims are denied as a result of the investigation. Of those that are approved for full or partial reimbursement, very few are found to be the result of misconduct,” TSA said in a statement.

Don Zimmer passed away last year at the age of 83. He played infield for the Yankees from 1996 to 2003, during which period the team won six American League pennants and four World Series titles.

Don Zimmer’s original jersey is framed in his widow’s home.