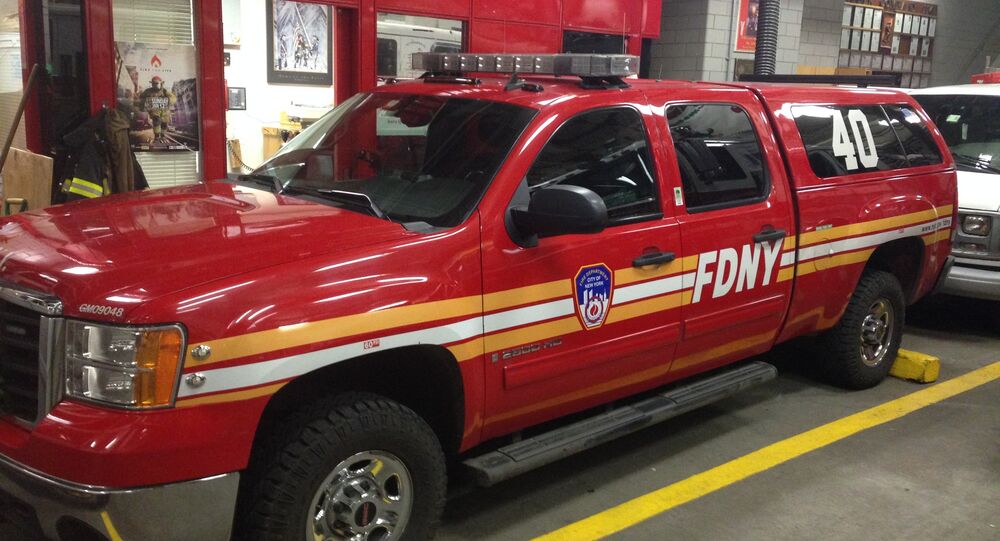 The son of the former New York Fire Commissioner has just been rehired by the Fire Department (FDNY), sixteen months after resigning after publishing a string of racist and anti-Semitic Tweets.

Under the handle, @jcassano, he tweeted "I like Jews about as much as hitler #toofar? NOPE."

On the Martin Luther King, Jr holiday, he also posted "MLK could go kick rocks for all I care, but thanks for the time and a half today."

Cassano received widespread criticism for his offensive Twitter rant, with then-New York Mayor Michael Bloomberg calling his tweets "offensive." The comments even prompted his father to issue a statement saying he was "extremely disappointed in the comments posted online by my son."

But it seems the FDNY is giving Cassano a second chance at the department. According to the New York Daily News, Cassano confirmed on Thursday that he is set to rejoin the department, and will begin his EMS classes on July 13.

"I am very grateful for an opportunity like this," He said in an interview with the Daily News. "I’ve apologized for those comments and I am still apologizing for them today."

"I really believe I am in a great place today and will be an asset to the Fire Department," he added.

However, Cassano probably shouldn’t expect a very warm welcome back at the department. Many have already spoken out against the decision to rehire him, with one department employee even saying the decision reflects a "horrific double standard."

Speaking to the NY Post, a fire department employee noted that allowing Cassano to retire in 2013 instead of firing him was "definitely a violation of standard protocol," one that allowed him to reapply to his position.

"The Cassano administration permitted him a chance of redemption he would never have given anyone else by allowing him to submit a resignation," the source said.
"He should have been dishonorably fired instead."

Echoing the same concerns, another source noted, "If it was an average guy and if it weren’t Sal Cassano’s son, would he have been [re]hired due to his character flaws? That is the question. The general feeling is it wouldn’t happen."

Indeed, other firefighters have received harsher penalties for similar hateful comments or behavior. For instance, in February, Brooklyn firefighter Thomas Buttaro was fired for "malicious actions" after wearing an anti-affirmative action t-shirt to work.

Also speaking out against the decision to rehire him is Regina Wilson, President of the Vulcan Society, a group of African-American firefighters in New York.

Referring to the rehire as a "Step backward for the department," Wilson added: "Everybody deserves a second chance, but he doesn’t deserve a second chance with the FDNY."

For his part, Cassano says he has been rehabilitated and that he hopes he will be able to prove himself to his critics. He added that since his resignation, he has done some community service and sought counseling from Rabbi Steven Burg, former director of the Simon Wiesenthal Center.

Referring to his tweets as “ignorant and very immature comments,” Cassano said, "Not a day goes by that I don’t regret them."

According to an FDNY spokesman responding to criticism, Cassano’s successful rehabilitation in his time away from the department means that he is ready for a second chance:

"Based upon the remorse expressed for his prior conduct, and his ongoing efforts to demonstrate respect for all people, he’s been given a second chance and the Department will hold him to that standard."