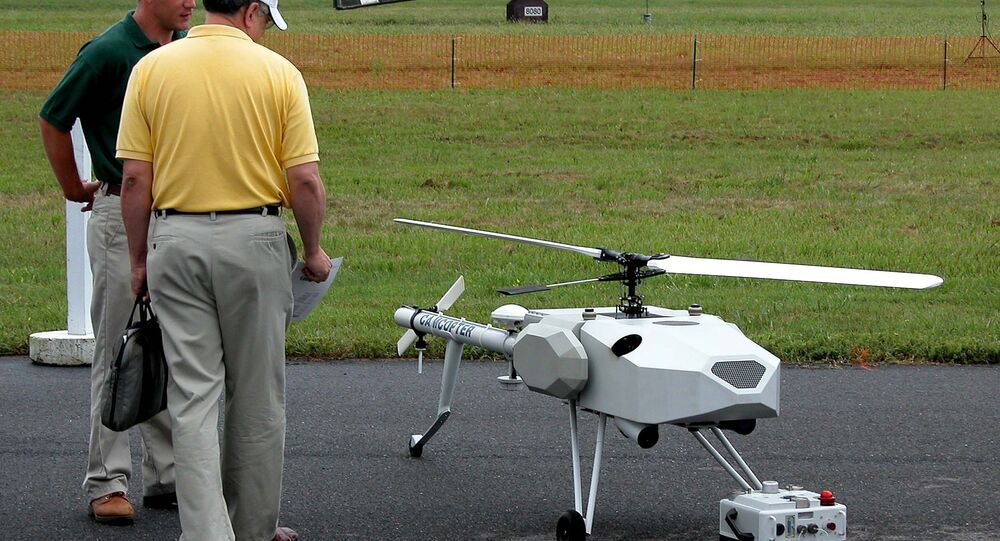 Governments across the globe, including the United States and China, are flying the S-100 Camcopter, an Austrian-manufactured, unmanned helicopter that is "probably the most ubiquitous drone in the world."

The S-100 is reportedly operated by SEAL Team Six. The Army Night Vision and Electronic Sensors Directorate and the Joint Improvised Explosive Device Defeat Organization use it to locate roadside bombs.

Yet, according to website Phase Zero, the S-100 is not mentioned in US defense budget records from the last 10 years.

The unmanned helicopter can fly a fully autonomous programmed mission. The aircraft's capability for vertical takeoff and landing eliminate the need for a runway, and it can be used over land and water.

In addition to the United States and China, the S-100's manufacturer, Schiebel, exports the aircraft to Italy, Brazil, Pakistan, India, the United Arab Emirates, Egypt, France, Germany, and Spain, making it "probably the most ubiquitous drone in the world," according to Phase Zero.

The Camcopter can fly for more than six hours at a time and carry a 100-pound payload. It also can be outfitted with a variety of special equipment, including sensors and black boxes.

While the S-100 is absent from the US defense budget, it did appear earlier this year in the US Office of Naval Intelligence's report on China's naval service. The S-100 was mentioned as part of the growing arsenal of Unmanned Aerial Vehicles used by the Chinese navy.

Prior to that report's publishing, the Organization for Security and Co-operation in Europe (OSCE) deployed the Camcopter to assess the situation on the ground in eastern Ukraine. According to Phase Zero, the OSCE likely still flies the drone there.

US Declares 'No Drone Zone' Over Washington, DC