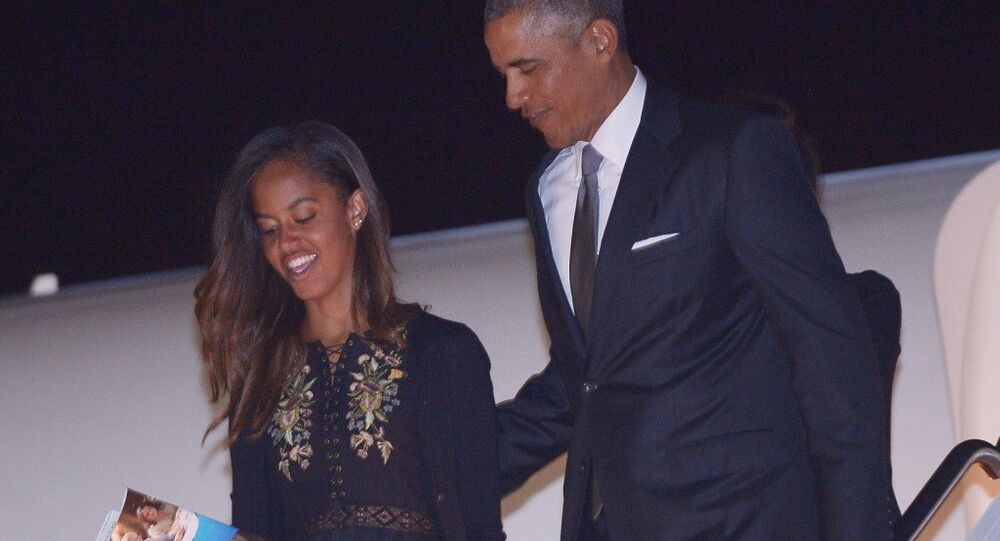 In a TMZ exclusive, it was revealed that the US President's eldest daughter, Malia Obama, has been spotted on the set of the popular TV show "Girls" in New York.

Drinking a soda in high-cut denim shorts, Malia Obama was seen hanging around Brooklyn on the set of "Girls", an American comedy-drama TV show.

But — Miss Obama will not be starring in what's been described as one 'racy' show… Malia is just an intern working with Lena Dunham — the show's creator — and her crew.

Malia Obama hangs with Lena Dunham on the set of "Girls" in Brooklyn http://t.co/dABScnN7yS pic.twitter.com/pW7PWBPWO5

Dunham is a controversial figure — often appearing naked in graphic sex scenes on the show.

"Girls" is now the second of Malia's TV internships. Friends in high places, and all that?

Maybe not — the 16 year old, who is due to celebrate her 17th birthday on Saturday, started at the bottom. Last summer, Malia spent a week on the set of Halle Berry's TV show "Extant" as a production assistant — and was reported as being a runner for the cast, bringing them tea and coffee, as well as stopping passersby from walking on set.