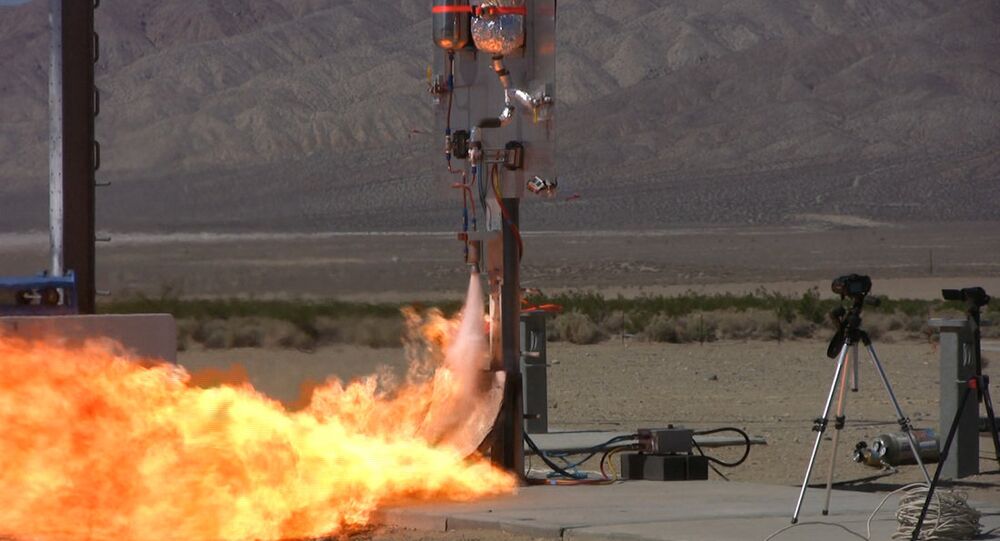 A group of students at the University of California, San Diego (UCSD) have built a rocket engine modeled after the one used to power NASA’s Saturn V moon rocket, but instead of using conventional machining techniques, they used 3D-printing.

Fotobank.ru/Getty Images (Getty)
3D Printing Set to Transform US Manufacturing, Aerospace Industries
The group is part of the UCDS chapter of the national Students for the Exploration and Development of Space organization (SEDS), and, with the support of NASA’s Marshall Space Flight Organization, the team has been working to make a 3D-printed rocket engine that can launch rockets into space.

"The UCSD chapter of SEDS was founded to determine the feasibility of creating 3D-printed, liquid-fueled rocket engines," Deepak Atyam, founder of UCSD-SEDS, told Space.com. "We are doing amazing things with technology, and we will always want to be vigilant to take any opportunities to see this work actually be commercialized."

The initiative began a few years ago, and the team made their first breakthrough in 2013 after successfully test-firing a small first-generation rocket named Tri-D. Having succeeded, the team moved on to bigger and better things with their current Ignus engine model.

"The Ignus engine was designed to produce 750 p ounds of thrust and is less than 1 foot tall. It weighs about 15 pounds," Atyam explained. "We initially focused on utilizing existing designs and attempting to improve the status quo. The injector was modeled after the iconic F-1 engine," he added, referring to the engine that powered NASA’s Saturn V moon rocket.

"We created our own unique combustion chamber. We wanted to try new things, but did not want to make something so radical that we would have no idea if it would work or not."

UCSD/SEDS
Student from the UCSD chapter of SEDS works on the 3D-printed engine rocket project.

Working tirelessly for nearly three years, the team’s research and development was finalized in early April when the engine shell was completed. The next step was test-firing the new 3D-printed engine, the preparation for which came with its own challenges.

"The engine team was working day and night, 12 and sometimes more hours per day for almost two weeks," Atyam said. "There was still some sintering powder stuck in the passages after the 3D-printing job. We were focused on putting the injector in an ultrasonic cleaner for a few days and were fortunate to see a large amount of powder leave it."

The test was conducted in the Mojave Desert on April 18, where a group called the Friends of Amateur Rocketry, runs a rocket-test stands.

It took two attempts for the team to successfully fire the rocket with the 3D-printed engine and collect the relevant data for future plans. The next goal for the team will be to have the engine power a rocket that can reach an altitude of up to 10,000 feet this summer. Eventually, their hope is to have their 3D-engine powered rocket send tiny satellites into the orbit.

3D-Printing Pen Set to Take Over the Market