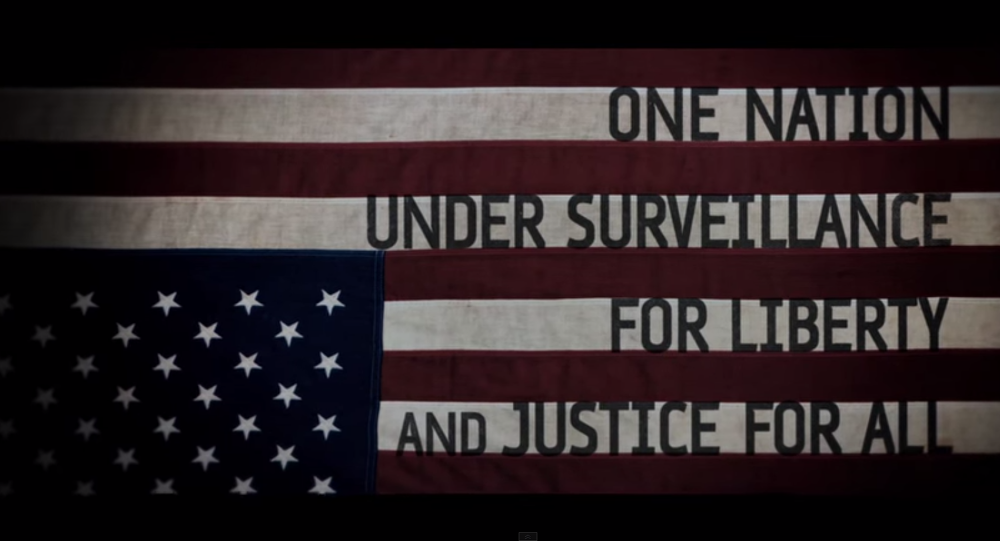 Known for not shying away from controversial political subjects, American filmmaker Oliver Stone has released the first trailer for his new project, “Snowden,” and it is appropriately full of mystery.

The haunting trailer, set to a powerful version of “This Little Light of Mine,” consists of the whistleblower’s biography, over what is ultimately revealed as an upside down flag.

The final text on the flag reads: “One nation, under surveillance, for liberty and justice for all.”

The film is based on the books “The Snowden Files: The Inside Story of the World’s Most Wanted Man,” by Luke Harding, and “Time of the Octopus,” by Anatoly Kucherena, Snowden’s Russian lawyer.

“Time of the Octopus” tells a fictional story of an American whistleblower named Joshua Cold who is threatened by the government and is forced to spend three weeks in the transit area of a Moscow airport.

"Anatoly has written a ‘grand inquisitor’-style Russian novel weighing the soul of his fictional whistle-blower, Joshua Cold, against the gravity of a ‘1984’ tyranny that has achieved global proportions. His meditations on the meaning of totalitarian power in the 21st century make for a chilling, prescient horror story," Stone has said of Kucherena’s novel.

Previous political films from Stone include “Platoon,” which took on the Vietnam War, “Wall Street,” “Nixon,” and “JFK,” which challenged the official story of the assassination of President John F. Kennedy.

A documentary on the Snowden revelations, “Citizenfour,” received global critical acclaim and won an Oscar in 2015.  The film was also rated #8 out of the top ten films of the year by Time Magazine.

Stone’s film is set for release on Christmas Day.