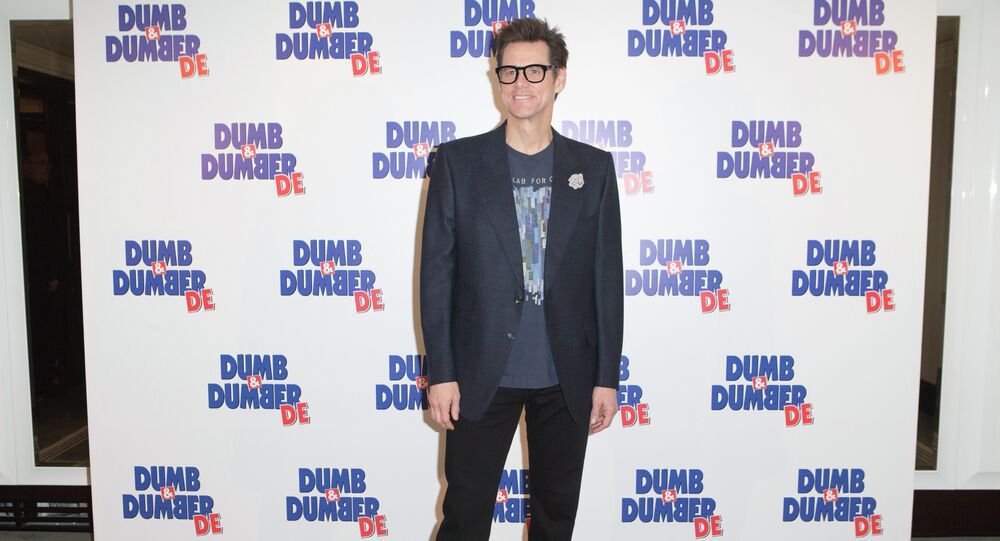 Jim Carrey: California's 'Fascist' Governor Must Be Stopped on Vaccinations

New legislation requires all public school children in California to be vaccinated in 2016, and Hollywood is speaking out in a big way, including comedian Jim Carrey - who once dated Jenny McCarthy, the celebrity face of the anti-vaxx movement.

"California Gov says yes to poisoning more children with mercury and aluminum in manditory [sic] vaccines. This corporate fascist must be stopped," Carrey tweeted in his paranoid freakout directed towards Governor Jerry Brown, who signed the legislation on Tuesday.

The bill in question was SB277, which removes “religious and personal belief” exemptions for parents who do not want to vaccinate their children.  Those who are currently attending public schools with an exemption will also be required to get their shots up to date.

“The science is clear that vaccines dramatically protect children against a number of infectious and dangerous diseases. While it’s true that no medical intervention is without risk, the evidence shows that immunization powerfully benefits and protects the community,” Brown wrote of his decision.

Carrey’s rant focused largely on the use of Thimerosal, despite it being repeatedly proven to be a non-issue.

“Thimerosal has been removed from or reduced to trace amounts in all vaccines routinely recommended for children 6 years of age and younger, with the exception of inactivated influenza vaccine. A preservative-free version of the inactivated influenza vaccine (contains trace amounts of thimerosal) is available in limited supply at this time for use in infants, children and pregnant women. Some vaccines such as Td, which is indicated for older children (≥ 7 years of age) and adults, are also now available in formulations that are free of thimerosal or contain only trace amounts. Vaccines with trace amounts of thimerosal contain 1 microgram or less of mercury per dose,” according the US Food and Drug Administration.

Perhaps Carrey is using method acting to prepare for a Dumb and Dumber sequel?

Actress Selma Blair and activist Erin Brockovich also chimed in to say that while they are not anti-vaccine, they are against government overreach, seemingly missing the greater public health hazards posed by unvaccinated children.

An outbreak of measles that started at Disneyland Park in California last year sickened hundreds of people, and spread internationally largely due to those citing “personal reasons” for not being vaccinated against the disease, which has been eliminated in the US for more than a decade.