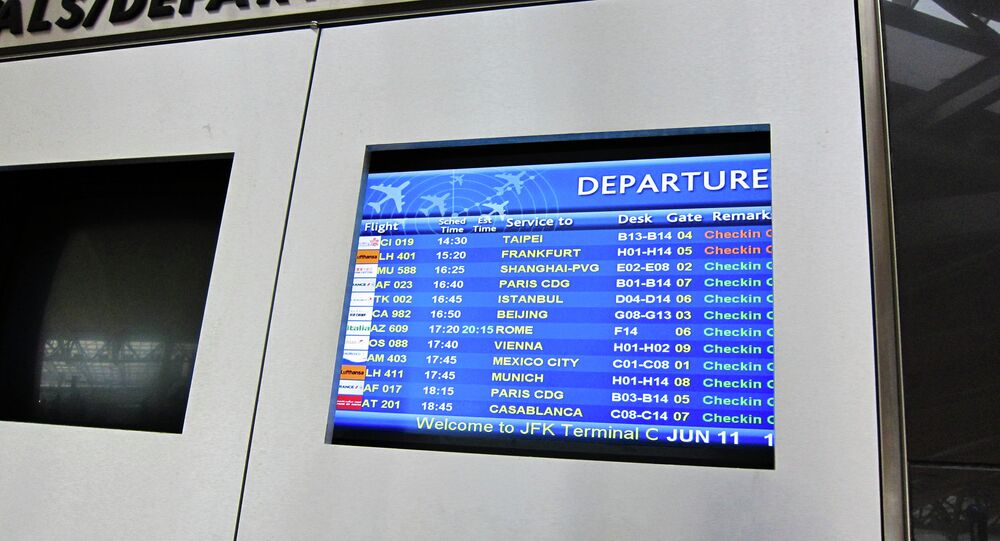 Run for the Hills! One Third of Americans Consider Leaving the US for Good

With the Fourth of July just around the corner, Americans are prepping for fireworks and barbeques to celebrate their Independence Day. But according to a recent survey, many in the US are open to the idea of just leaving the country and permanently living abroad.

© AP Photo / Phil Nijhuis / File
Growing Number of UAE Expats Buying Fake US, EU Passports
TransferWise, a UK-based money transfer service, surveyed 2,090 American adults between May 15 and 19. Consisting of both native-born and foreign-born US residents, the respondents were asked about their long-term residency plans.

The results reveal a surprising new finding about Americans’ attachment to their nation: namely that "Despite the BBQs and fireworks, many Americans are feeling less patriotic this Fourth of July than you might expect."

More than a third of respondents, at 35%, said they would consider leaving the US and live in a foreign country, with 14% adding that they would be open to doing so within the next five years.

The percentages increase significantly for America’s younger generations, those between the ages of 18-34, usually identified as belonging to the so-called millennial generation. A whopping 55% of millennials said they would consider expatriation. They said that higher salaries would factor into their decision to relocate.

Sixty-five percent of those surveyed also noted that given the "right reasons" they would also consider expatriation. The reasons cited include better quality of life, lower cost of living, and new experiences. A whopping 85% of respondents also noted that the US needs to make itself more appealing, with the majority, at 58%, saying more affordable health care was needed. Others suggested lower taxes and improved education.

As for those who wished to remain in the US, 58% cited romantic and family ties as their reason for staying. A not-so-close second, at 22%, said they would stay for the democratic society, with only 13% citing good job prospects, and 2% staying for low taxes.

The new data correlates with the substantial increase of American expatriates in recent years. According to data from the US State Department, the number of US citizens living abroad has more than doubled in the past fifteen years, with a recorded 4.1 million expatriates in 1999 and 8.7 million this year.

The number of Americans renouncing their citizenship has also seen a significant increase, though not as substantial as that of those who are choosing to expatriate. The Department of Treasury puts that number at 2,417 on 2014 — a 14% increase from 2013. An additional 1,336 renounced their citizenship in just the first quarter of 2014.