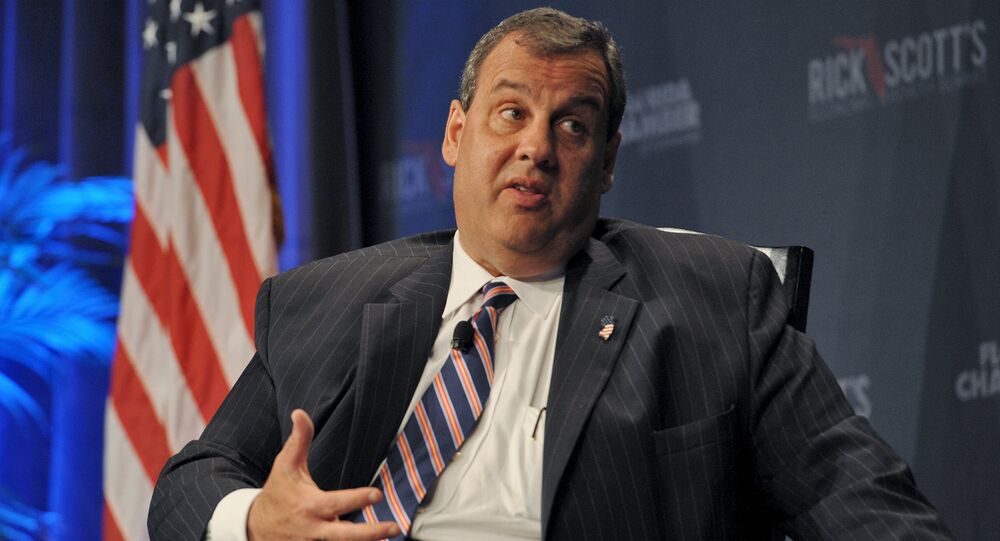 Tapes revealed by Radio Sputnik's BradCast confirm that US presidential nomination candidate Chris Christie has a preference for executive powers when dealing with budget issues.

Tapes from 2011, obtained exclusively by Radio Sputnik BradCast's Brad Friedman, reveal Christie giving the keynote speech at a Koch Brothers' summer summit event, a secret gathering of millionaires and billionaires that year in Vail, Colorado. In the tapes, Christie said that he used his powers as governor to constrain spending. David Koch, in his introduction of Christie, is heard detailing a secret meeting the two had a few months earlier in Manhattan, leading Koch to describe the NJ Governor as "my kind of guy."

You can listen to the complete tapes, along with transcripts, at http://BradBlog.com/KochTapes

© Flickr / New Jersey National Guard
Possible US Presidential Candidate Opposes Removing Cuba From Terrorism Sponsors List
Chris Christie is running for the Republican Presidential nomination with the slogan "Telling It Like It Is."

According to State University of New York at Buffalo Political Science Professor Frank Zagare, Christie carries the embarrassment of the September 2013 “Bridgegate” scandal, when his state government was involved in purposely causing traffic jams to punish political opponents by closing lanes at the toll plaza to the George Washington Bridge.

Chris Christie Faces Long Odds in Bid for US Presidency