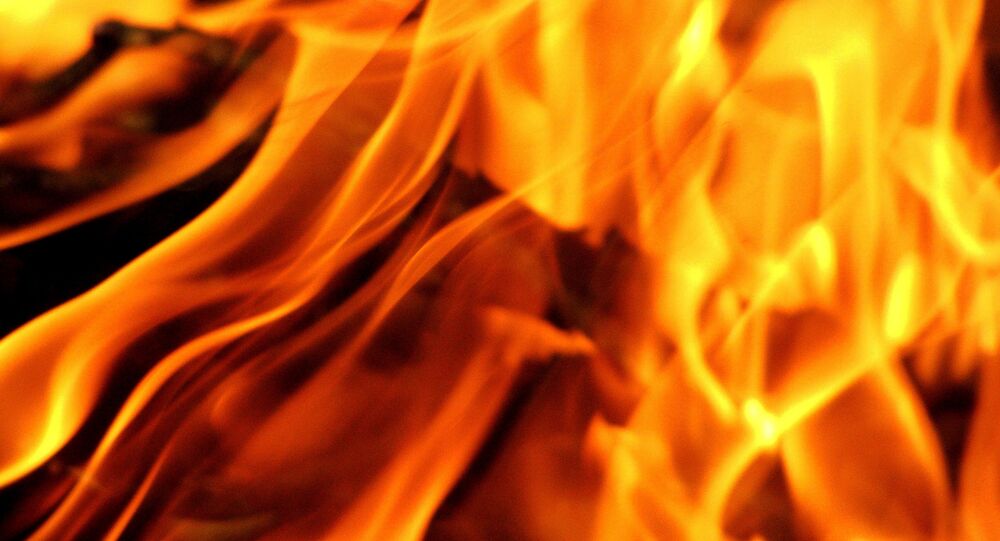 A Northern California woman has been rescued after giving birth while lost in the wilderness for three days, fighting off bees, and ultimately starting a quarter-acre forest fire in an attempt to get help.

Amber Pangborn, 35, of Oroville, California, was in labor on Wednesday evening as she attempted to take a shortcut through Plumas National Forest to get to her parents’ house for help.  As she drove through the wooded backroads, she became lost, and finally ran out of gas.

“There was no cellphone service, there was nothing. And the car was out of gas,” Pangborn told local television station KCRA.

Lost and alone, Pangborn gave birth to a daughter whom she named Marissa early on Thursday morning.

Pangborn explained to Action News Now that she "laid out a sleeping [bag] in the back seat, lied down, gripped the handle above the back window, and gave birth to my daughter."

Pangborn and her newborn were stranded, with only three apples, a can of soda, and a bottle of water.  To make sure her daughter continued to receive nutrition, she did not cut the umbilical cord.

During that time, she was forced to fend of a swarm of bees who descended upon the placenta, stinging the new mom multiple times.

"I was trying to get them not to sting her, but I got stung," Pangborn said.

Desperate to be rescued, Pangborn started a signal fire on Saturday with a lighter and a can of hairspray, hoping that it would attract help.  Unpredictably, the fire grew out of control.

“The fire just went whoosh and shot up the mountainside. And I was looking at Marissa… and I was like, ‘I think mommy just started a forest fire,’” Pangborn told the station.

Luckily, a helicopter from the US Forest Service that was out responding to the fire spotted Pangborn’s vehicle and sent a firetruck to check out the situation.

The mother and daughter were then sent to separate hospitals for medical evaluations, but Pangborn has since been discharged.

“Our thoughts and best wishes continue to be with the mother and baby,” Chris French, forest supervisor for Plumas National Forest, said in a statement regarding the incident.