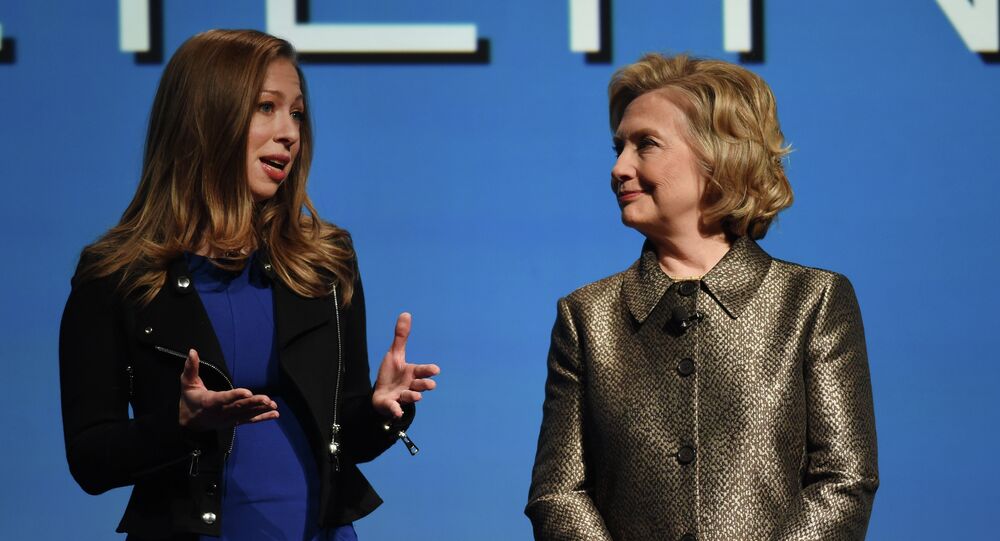 When the University of Missouri at Kansas City couldn't afford Hillary Clinton's appearance at its gala luncheon marking the opening of a women's hall of fame, Chelsea Clinton evidently proved to be a better - and more affordable - option.

The only daughter of US presidential hopeful Hillary Clinton has become quite a celebrity in her own right in recent years, and she is being counted on to support her mother's presidential campaign, helping the 67-year-old candidate appeal to young voters.

Booked in place of her mother, Chelsea Clinton was paid the handsome speaker's fee for a brief appearance at the university on behalf of The Clinton Foundation. She agreed to a 10 minute-speech, and participated in a 20-minute question-and-answer session and spent half an hour posing for pictures with VIPs offstage.

© AP Photo / Dario Lopez-Mills
US State Department to Release 55,000 Pages of Hillary Clinton's E-Mails
According to emails obtained by the Washington Post from the university under Missouri's public record laws, Chelsea Clinton's representatives had been obstinate on several demands from university officials, like deleting a line about her being the daughter of Bill and Hillary Clinton from one news release and adding her title of vice chair of the Clinton Foundation beneath her name on an electronic flier.

The Clinton Foundation is a nonprofit foundation established by former US President Bill Clinton that focuses on improving global health and wellness and increasing opportunities for women and girls, among other issues.