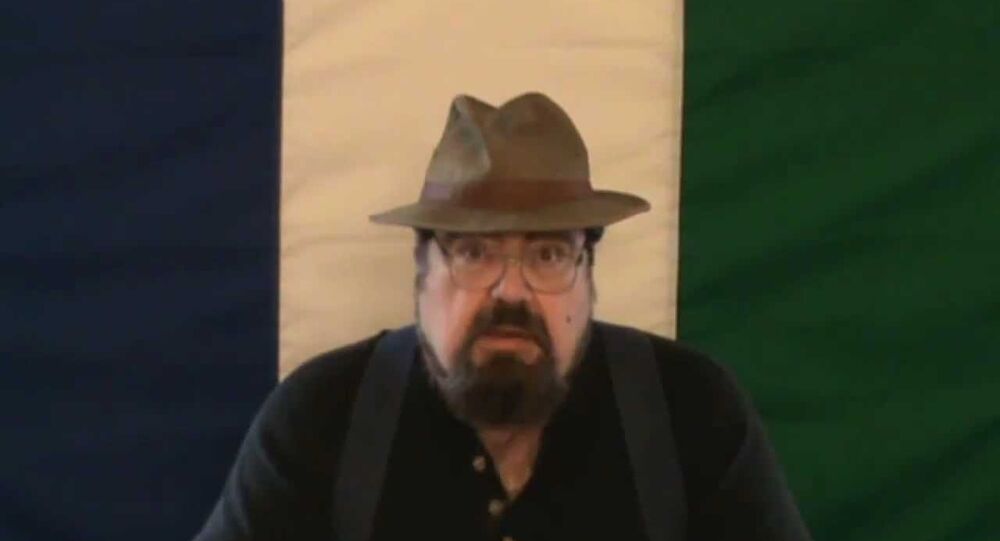 A white supremacist writer whose group was mentioned in Dylann Roof's manifesto may have inspired the shooter before he went on a rampage killing nine people last week in Charleston, South Carolina.

Harold Covington is a science fiction writer and the founder of white supremacist group the Northwest Front. Although he's been trying to distance himself from the shootings, he called the massacre a "preview of coming attractions."

© AP Photo / Bruce Smith
Activist Arrested for Taking Down Confederate Flag, Twittersphere Reacts
His novels take place in what he calls a "not-so distant" future in which a white nation battles the racial and economic woes of a dystopian society. The stories are often loaded with racial slurs and contain characters such as "specialized snipers" who hunt interracial couples.

Covington is a former member of the American Nazi party and he spent time in South Africa and Rhodesia, or current Zimbabwe, where he pushed for white power and rule. He was also close with Frazier Glenn Miller, who is charged with killing one woman, a 69-year-old Jewish man and that man's 14-year-old grandson in front of their temple last year.

In the 1970s, he belonged to a group responsible for massacring black people at a rally in Greensboro. He was not in attendance during the attack, and he says he does not support random violence because he says "it does not work."

Instead, he said he supports revolution.

© Flickr / townhero
Battle of the Battleflag: States Move to Dissociate from Confederate Banner
Through emails exchanged between him and a reporter from The Guardian, Covington explains: "I mean that a lot of times these things are not as advertised and people like you have a tendency to try to use us as props and aids to support the Official Version. Oklahoma City being a prime example; there is a compelling case to be made that was a government sting operation gone very wrong, but I long ago gave up any hope of ever getting anybody to listen; anything we say is simply shouted down or kicked aside, we are treated as cranks at best, and facts are never allowed to interfere with the Received Wisdom from on high.

"For another example, I am well aware of the ideological orientation of the Guardian (I lived in the British Isles for a number of years [Covington spent time among skinheads in the UK —" a lot of them were great guys, "he said on a recent podcast]) and I understand that I have not a snowball's chance in hell of getting our viewpoint represented honestly and fairly there. "

Personal Website of Dylann Storm Roof
South Carolina Shooter’s Racist Manifesto Revealed
In his podcast, he also mentioned that liberals feared Charleston because it could mean similar attacks will come.

“They’ve been given a vision of a time in some imagined but possibly not too-far distant future when all of a sudden, on the street or in their office, or in some trendy fern bar, or Starbucks, or wine-and-cheese boutique on the Upper East Side or in San Francisco, they will look up, possibly from the laptop, where they are typing up their day’s quota of leftwing, liberal horseshit, and they will see a young white man like Dylann Roof standing in front of them with no steroid-pumped policemen in blue to protect their liberal candy asses from the consequences of years of their own behavior,” Covington said. “They will see in that young white man’s eyes, that he recognizes them. That he is now beyond deception or bullying or browbeating or Twitter-shaming or intimidation that he knows them for what they are. And they will look down and see that he has something in his hand.”

Battle of the Battleflag: States Move to Dissociate from Confederate Banner