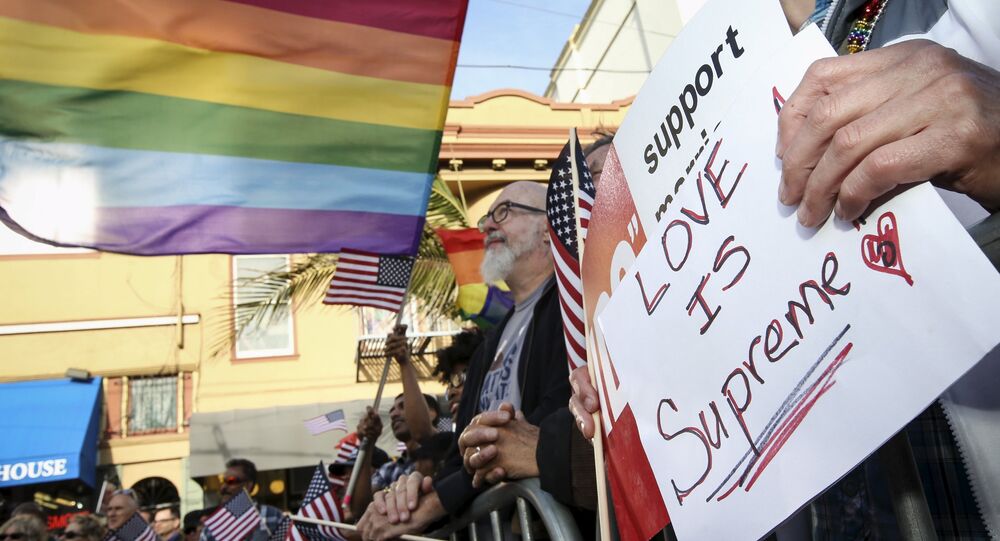 At least one person was injured after shooting near San Francisco's Pride Festival, US media reported.

MOSCOW (Sputnik) — The incident took place on Saturday evening near the United Nations Plaza, when the celebrations of US Supreme Court decision to legalize gay marriage were already coming to an end, NBC Bay Area said.

The victim was a 64-year-old spectator of the gay pride event, who was shot in the arm, after a group of young men, "unrelated" to the pride festival, fired shots during a quarrel, according to NBC.

According to several videos from the scene posted on YouTube and Instagram, people were running in panic after they heard the sounds of gunfire.

Police have reportedly detained several possible suspects and launched an investigation into the incident.