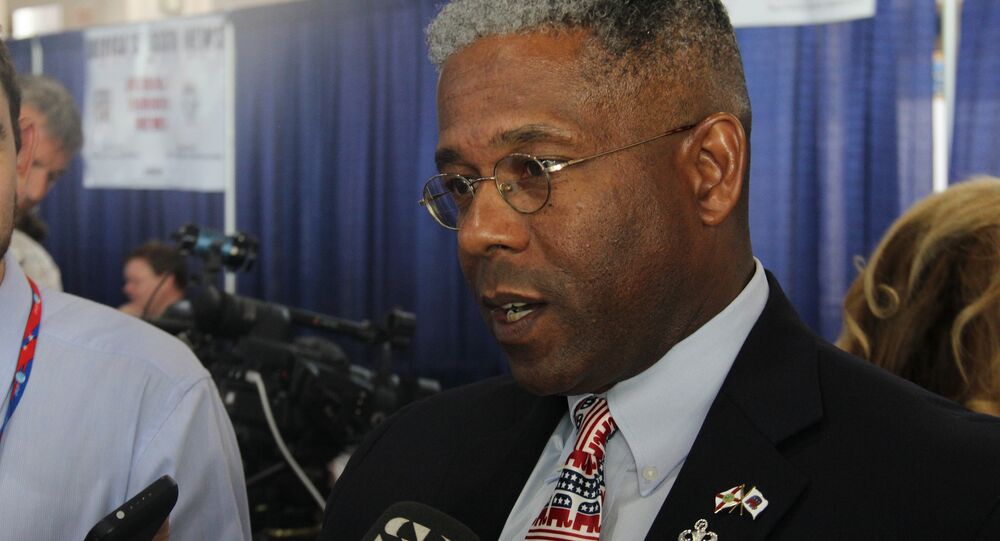 Former Congressman Allen West is making the case that the decision in Obergefell v. Hodges which struck down state laws prohibiting gay marriage applies to the 2nd Amendment as well and, therefore, restrictions on gun rights are prohibited.

© REUTERS / Carlos Barria
Wisconsin Governor Sees More Guns as Solution to Charleston Shooting
In an essay on his website, Allen West made the case that it is legal right to open carry guns anywhere in the United States as a result of the Supreme Court's decision in Obergefell v. Hodges.

"There are those of you who are somewhat despondent, but just know that in every storm there is a rainbow — quite sure y'all get my tongue-in-cheek comment," West wrote. "Yep, since now the SCOTUS has determined it can bequeath a right to marriage across all 50 states, there is an interesting point to be made.

West explained that the Court used the 14th Amendment to come to the rationalization that prohibitions against gay marriage violate the Constitution. West suggests that the same reasoning should be used to consider other Constitutional rights such as the right to bear arms.

© AP Photo / Chuck Burton
World Scratches Head: ‘We Don’t Understand America’s Need for Guns’
Amendment XIV Section 1 states "All persons born or naturalized in the United States, and subject to the jurisdiction thereof, are citizens of the United States and of the state wherein they reside. No state shall make or enforce any law, which shall abridge the privileges or immunities of citizens of the United States; nor shall any state deprive any person of life, liberty, or property, without due process of law; nor deny to any person within its jurisdiction the equal protection of the laws. "

"Using the same 'due process clause' argument as the Supreme Court just applied to gay marriage, my concealed carry permit must now be recognized as valid in all 50 states and the District of Columbia," West concludes.

"Yes folks, there is a standing right called the Second Amendment, which grants the right to keep and bear arms, and that specifically granted right shall not be infringed. So, the SCOTUS does not need to have a court case and prolonged legal, judicial activism — that right exists. So, since I have moved from Florida to Texas, my concealed weapons permit is not only transferrable here, but all across the country, in all fifty states — or fifty-seven if you are President Obama. Yeehaw! "